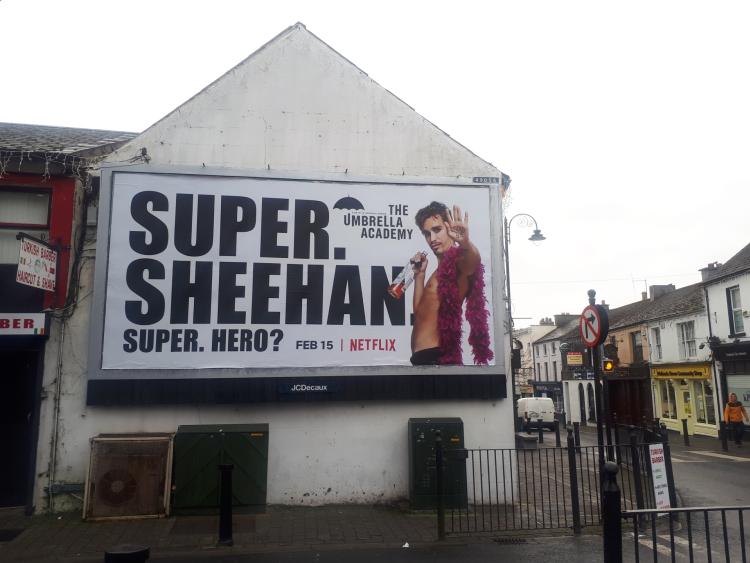 Actor Robert Sheehan is brightening the rainy streets of his hometown Portlaoise this week.

Netflix launched its new series The Umbrella Academy last Friday February 15, and on the same day launched two huge posters of "Super.Sheehan." in Portlaoise in Laois.

Robert plays Klaus in the fantasy show, a junkie with the power to talk to the dead, and he is camping it up to his finest in the role, prancing about in his jocks with hilarious one liners. 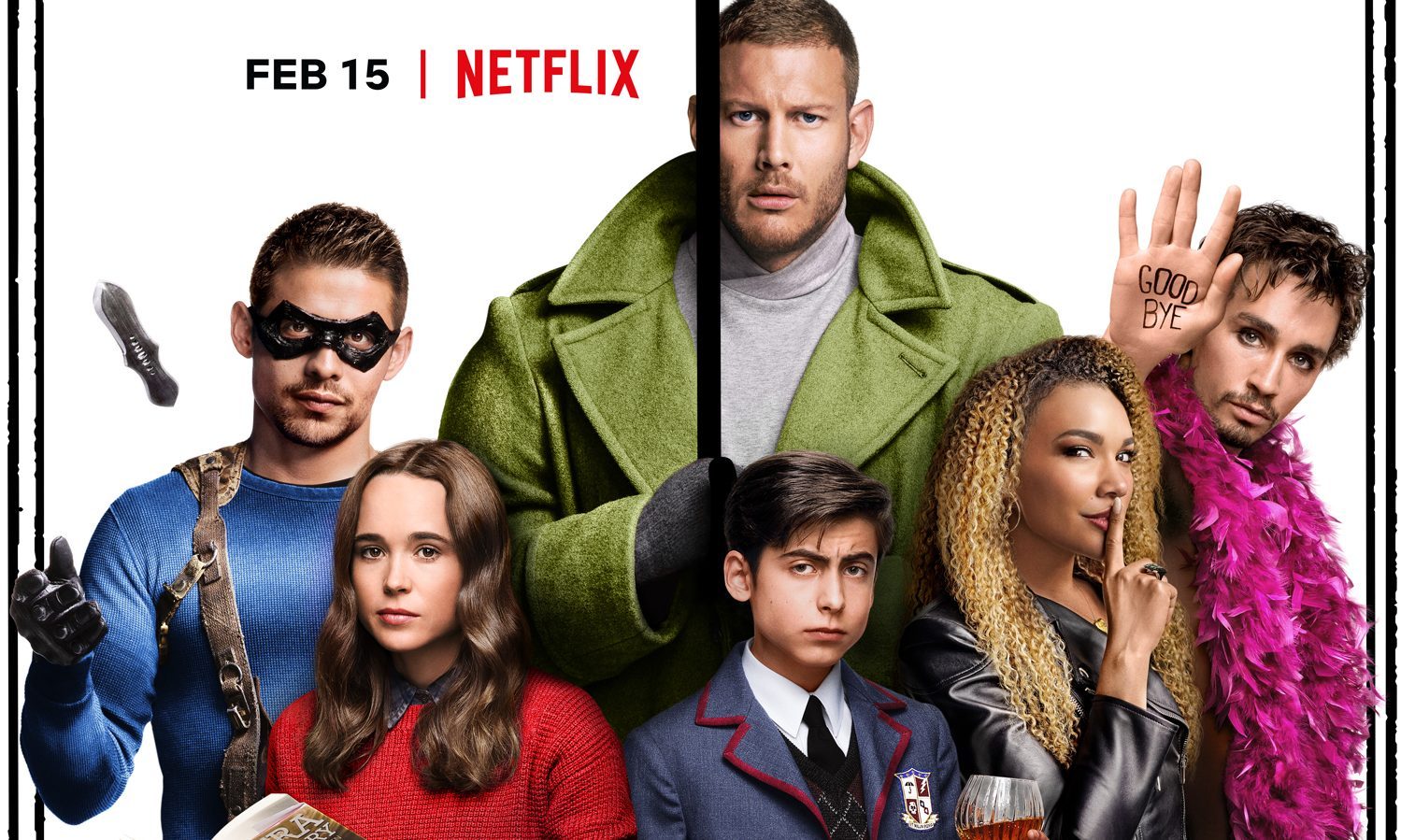 The actor whose first big roles were in Misfits and then as Darren in Love Hate, frequently returns home to his family and heads out on the town like a regular local.

Below: Robert Sheehan with Portlaoise fans at the launch of a fundraiser for the Dunamaise Theatre where he began his acting career. 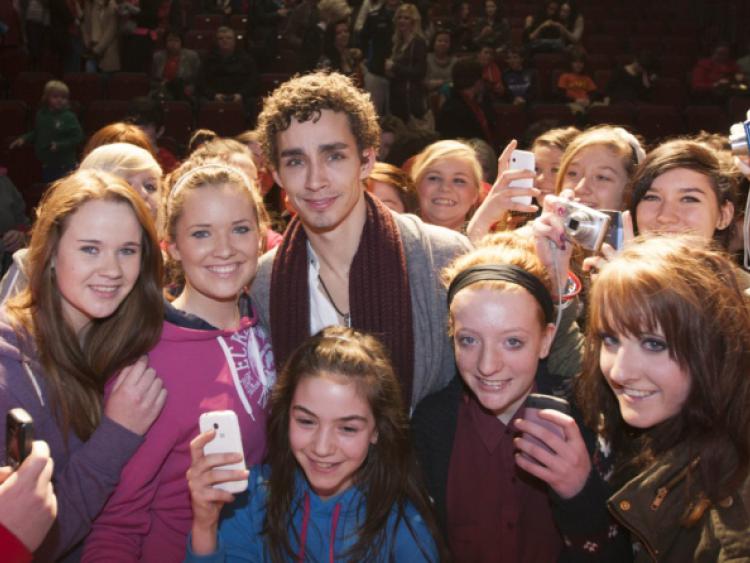