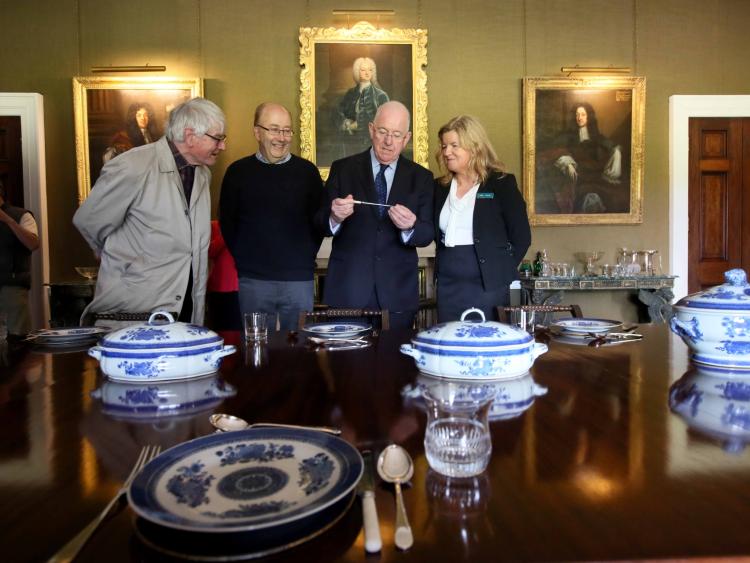 The 25th anniversary of Emo Court being bequeathed to the nation was celebrated at the weekend at a special event which also marked with the inaugural opening of the first floor of the house to visitors.

The event followed extensive restoration work to the house and the historic gardens, funded by a €1.2million grant from the Rural Regeneration and Development Fund of the Department of Rural and Community Development.

The event was attended by Charlie Flanagan, Minister for Justice and Equality and Laois TD.

“This auspicious occasion sees us celebrate a new era for Emo Court,” stated the Minister. “Through the good care of the OPW, Emo has been preserved for the enjoyment of all visitors, locals and those from abroad,” he said.

He believed the project encapsulated so much of Project Ireland 2040—bringing historic buildings back into use could contribute hugely to rural revitalisation.

He said cultural heritage was a key contributor to the stability of towns, villages and rural areas. Emo Court played such a role.

Minister Flanagan said he was delighted to be supporting the development of a bright new future for Emo as a ‘must-see’ heritage site for Irish and international visitors to explore and enjoy.

He revealed that following the opening of the first floor to the public, the next phase of the project would concentrate on the basement.

In all, around 15 local people work on the estate. Busy on Sunday were Ian Hyland and his daughter Tina, from Clough, proprietors of Aghaboe Carriages, and their horse ‘Whitey.’ They had no shortage of customers.

The OPW say Emo Court, a James Gandon designed property, is one of Ireland’s most important country houses. It has been in State ownership since 1995 when it was bequeathed to the nation by Major Cholmeley Harrison.