Fleadh: Portarlington Comhaltas launches the Laois Fleadh Cheoil in 2019 with a celbration of its 60th year 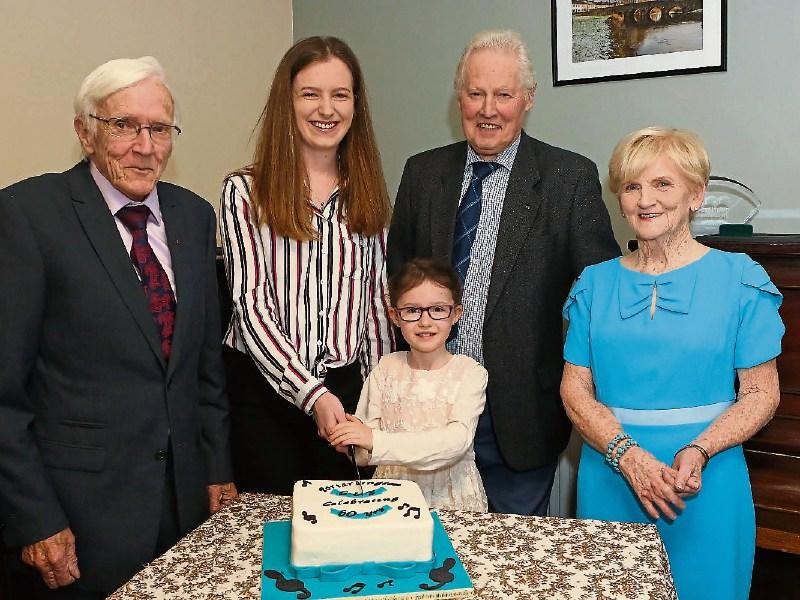 Celebrating 60 years of Comhaltas in Portarlington

Comhaltas Ceoltóirí Éireann celebrates 60 years in Portarlington in conjunction with this year’s county Fleadh Cheoil from May 24 to June 3rd 2019.

Robert Gleeson, Portarlington branch chairman recalled the early years in the history of the fleadh when entries were taken and processed on the day of the competitions.

From those small beginnings the event has become a major logistical undertaking and the foundation of it all is the local musicians, singers and dancers in each area.

Speaking on behalf of the County Board, P J Phelan illustrated the complexity of organising the event which caters for 447 entries in 120 competitions over three busy days. ‘ There are more entries from any of the eight branches than would have represented the county in the early years.

This shows the success of the volunteers who facilitate teachers by organising premises, funding and administration’ he remarked. Complimenting the host branch for their work over the decades, which earned the support of the management of school and community facilities, he looked forward to another successful fleadh.

Long term secretary of Portarlington branch, Shirley Conway was honoured for her distinguished service at local, county and national level. In making the presentation on behalf of the Co Board, P J Phelan recalled that Shirley and Gerry Conway were two of the first people he met on becoming involved with Comhaltas over thirty years ago.

By then Shirley had made her mark as secretary to the fleadh committee of 1979 and has been unstinting in her enthusiasm ever since, he concluded.

Like so many others, Davin Cody, committee chairman, said he became involved through the desire of his children to learn more about their traditional culture. In officially launching the fleadh, he thanked the business community for their support and acknowledged that the event could not be held without the goodwill of the management and staff of Colaiste Iosagán and the other community facilities.

Further details in future editions of this paper and updates are also available on Laois County Fleadh facebook page.