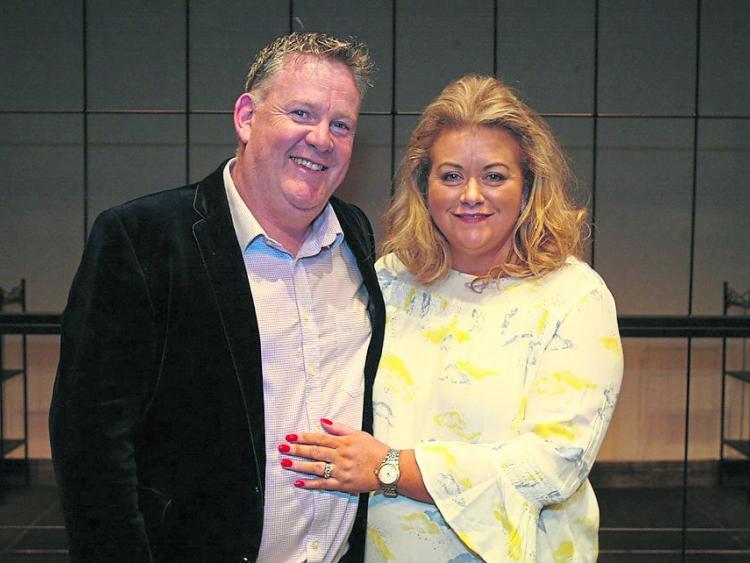 Award winners both, husband and wife team of Lurlene and TJ Duggan

A Laois man has received a prestigious accolade from RTÉ's All Ireland Drama Festival awards this year.

TJ Duggan received the ‘Best Director’ award from at the festival for his excellent work on the play An Enemy of the People performed by Prosperous Drama Society.

TJ Duggan from Granstown in Ballacolla directed the classic play by Henrik Ibsen for the Kildare based drama group.

The play is a political drama where truth and honour are pitched against money, wild ambition and corruption.

TJ's wife Lurlene also directed the play and won an award for her work making them the first couple to claim top prizes in the history of the RTÉ's All Ireland Drama Festival awards.

This All Ireland winning play ‘Enemy of the People’ was performed in the Moat theatre, Naas, County Kildare on June 7 and 8.

With a cast and crew of over 30 people, for some, their first time on the circuit, others were seasoned actors familiar with the competition and it was an amazing accomplishment to bring this classic to life.