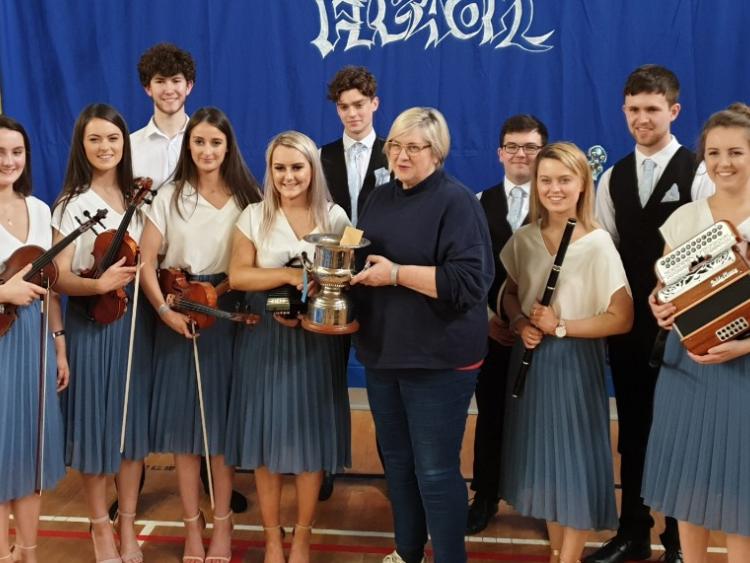 Spink Comhaltas had a busy weekend at the Laois Fleadh in Portarlington and for the first time, each of the Spink groups managed to qualify for Leinster Fleadh in mid-July.

Spink was represented by eight groups and bands competing from under 12, through 15, 18 and over 18. In addition to the groups, Spink musicians were placed in the top 3 in 54 solo, duet and trio competitions.

Congratulating all of the musicians who competed in Laois Fleadh, Chairman of Spink Comhaltas, Lawrence Vesey, noted that the real value of the Fleadh competitions was providing a focus and motivation to practice technique and develop repertoire. 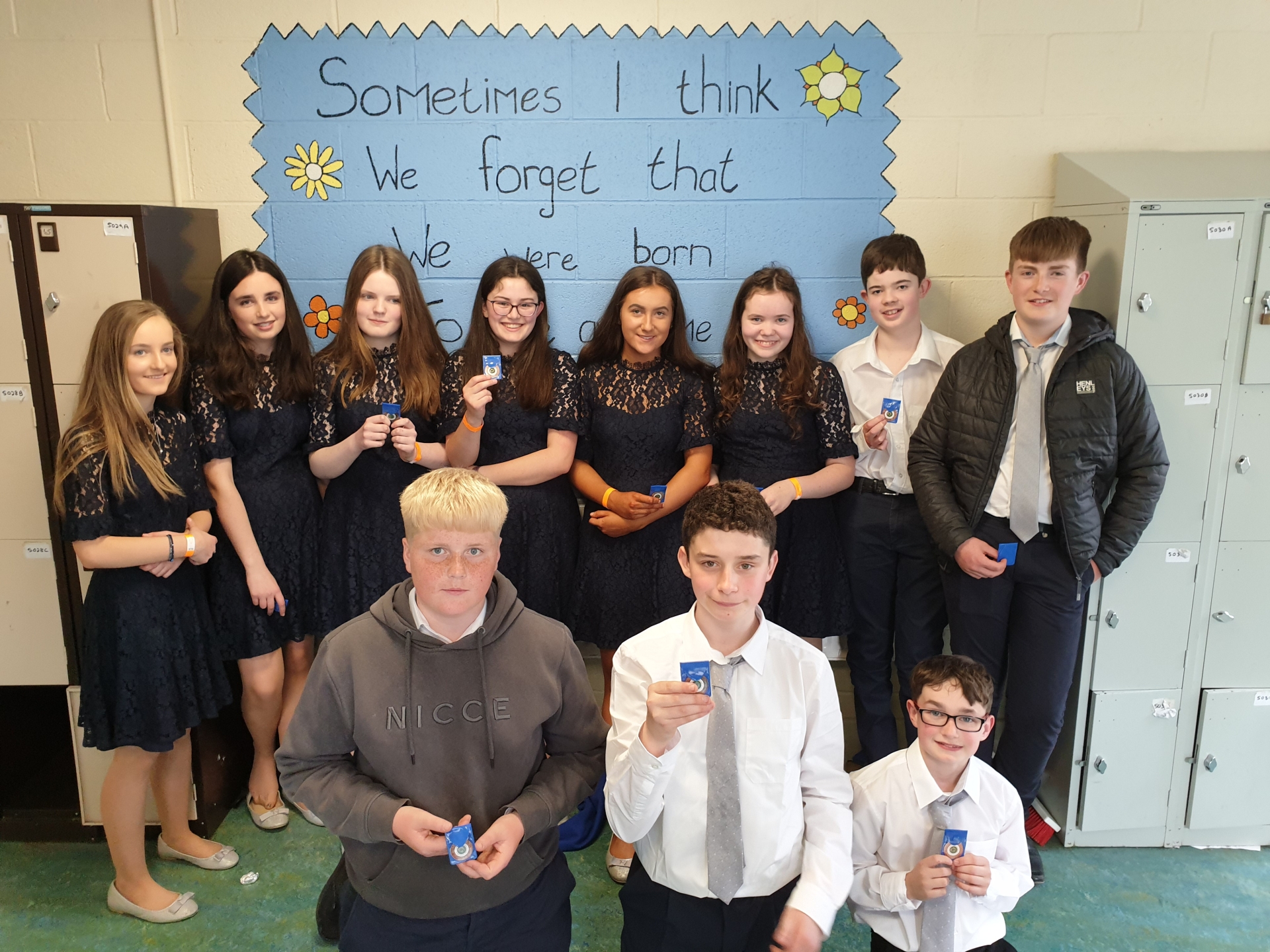 “While it is great to get placed in competitions, our longer-term objective is to develop well rounded musicians who continue playing music after they become adults, and who develop and retain a love of music. To that end, we place just as much emphasis in Spink Comhaltas on performing in community events and our local music seisiúns as we do in competitions”, he said. 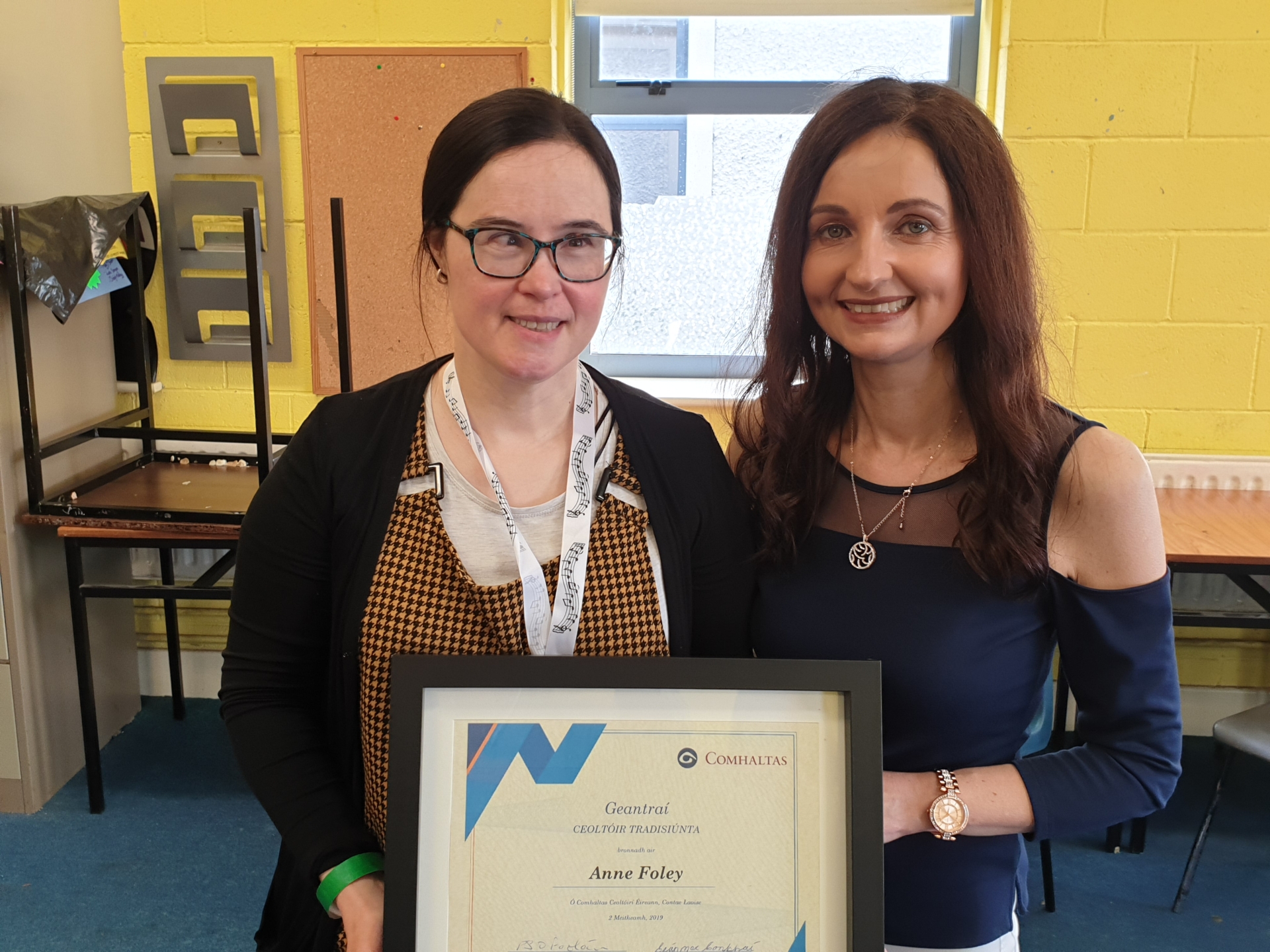 Anne was presented with a special award to acknowledge her dedication to music.

The Geantraí certificate presented to her by Laois Comhaltas is intended to promote and encourage music across people of all ages and all abilities. Geantraí means ‘joyful music’. 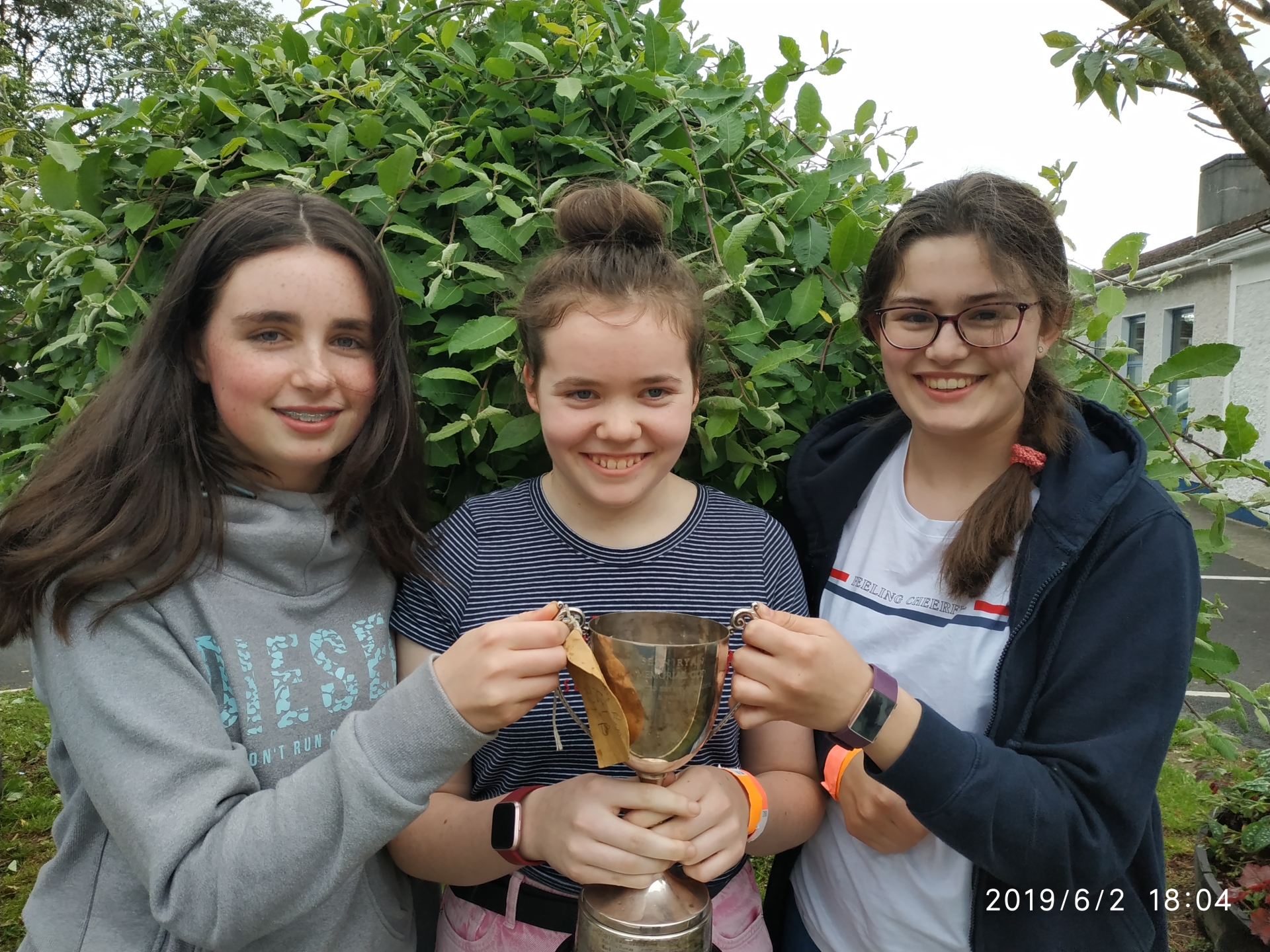 Spink musicians have had a busy year so far this year. In March, they hosted and performed at one of the largest in-door concerts in Laois as part of a charity fund-raising concert for MS Laois, and in addition to preparing for Leinster Fleadh in July, Spink also will be hosting its annual summer seisiúns series in Heritage House Abbeyleix. 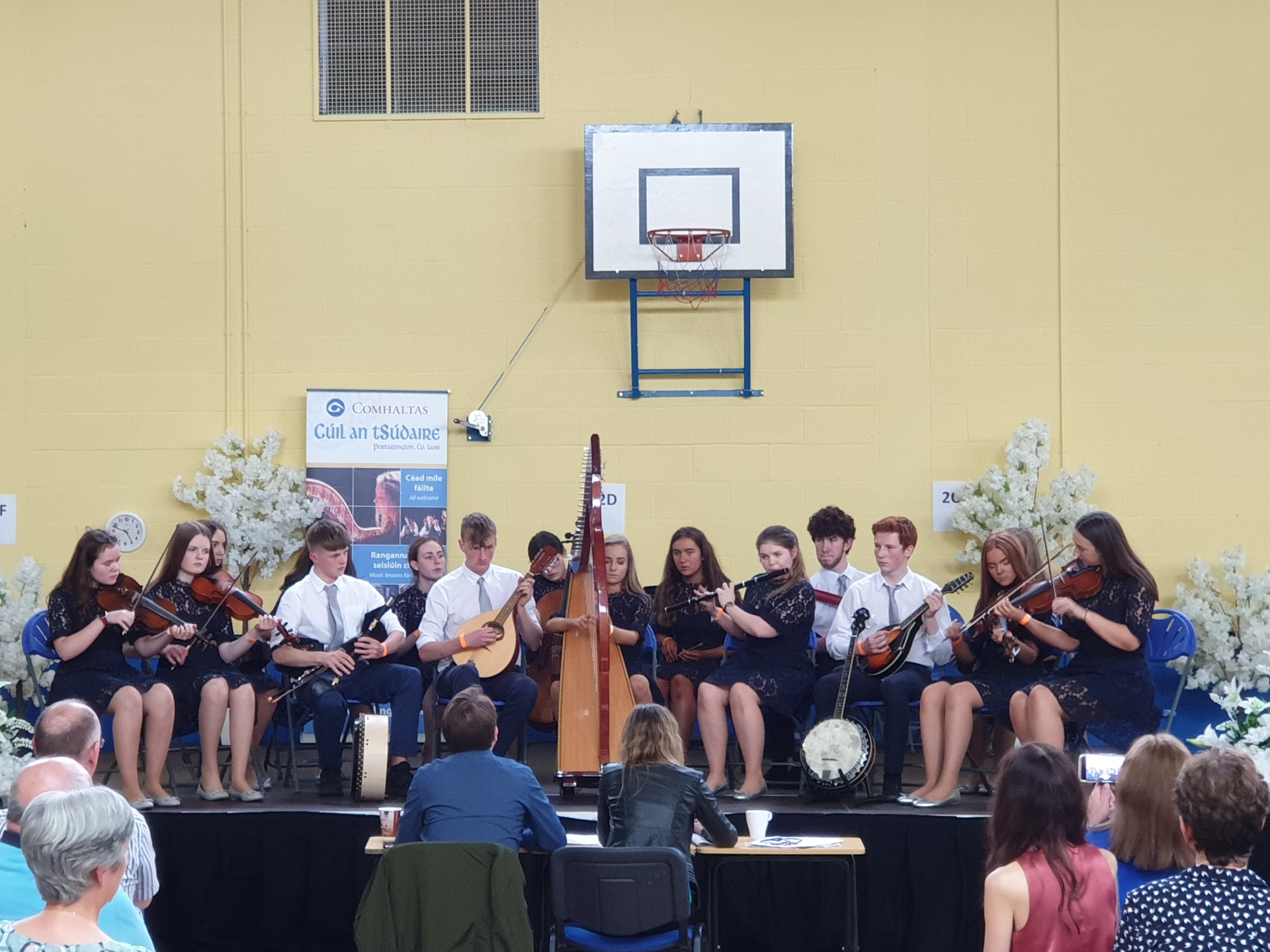 This will take place on Wednesday evenings during July and August. This is open to the public as well as visiting musicians, and everyone is assured of a great welcome and even better music.

Spink Comhaltas provides traditional Irish music lessons to members from Laois and bordering areas in Kilkenny, Carlow, and Kildare. With a comprehensive instrument bank to support members learning music in a cost-effective way, Spink prepares musicians for Fleadh Cheoil as well as traditional Irish music examinations. Most importantly, the tradition of playing and enjoying Irish music is being handed on to a new generation.

More information is available on Spink Comhaltas on www.spinkcomhaltas.ie 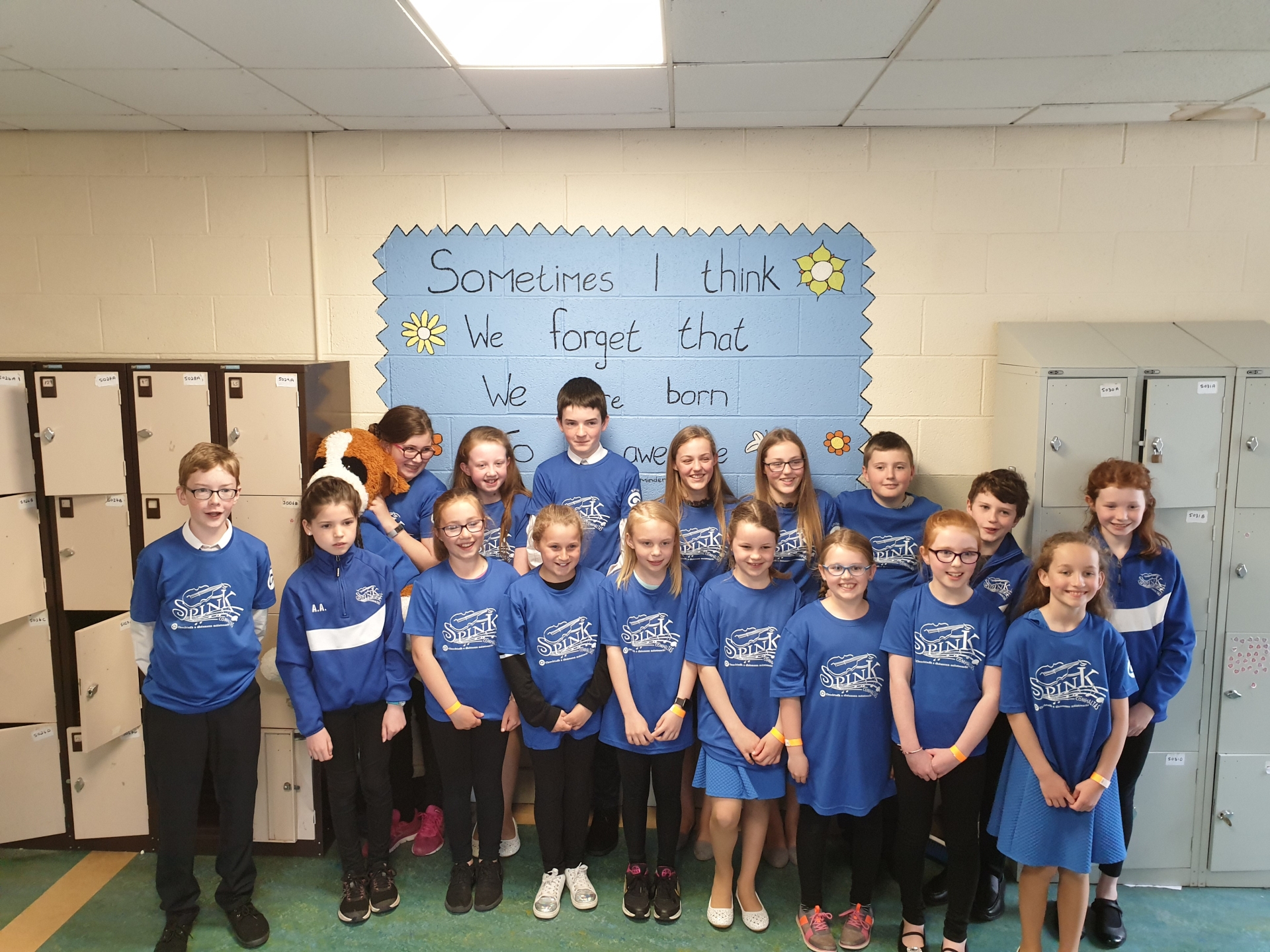