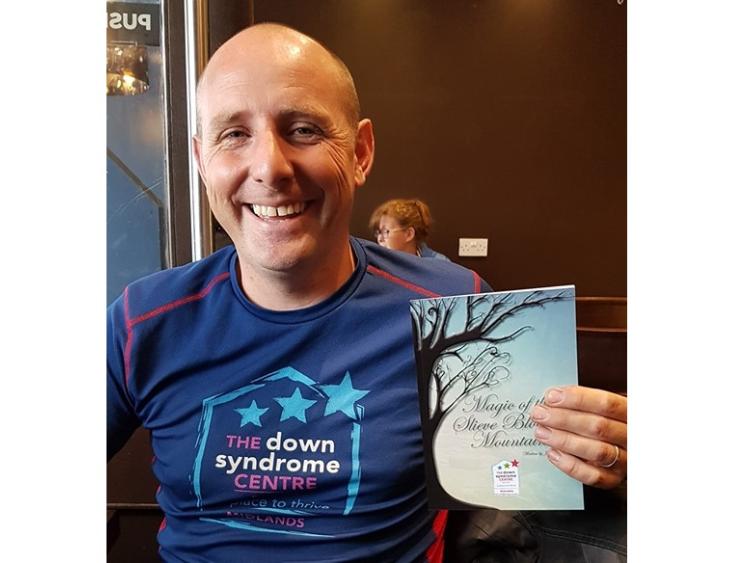 Jason O'Neill with his book Magic of the Slieve Bloom Mountains. Photo by Christy Bannon

A new children’s fairytale story set in the Slieve Blooms written by a Laois man will support children with Down Syndrome.

It the first book that Jason O’Neill from Portlaoise has written.

“The book is for children from five up and is based on the Slieve Bloom Mountains which I have walked many times. Its a short story about giants, fairies and Unicorns that live on the mountain. The book is full of many hand drawn illustrations which kids would love,” he said.

Jason was inspired to write it after he did a charity 72km hike around the mountains.

That hike was for Down Syndrome Centre Midlands, and Jason is now going to give 10% of the sales profit to the same charity, which is based in Portlaoise.

Jason thanked everyone who helped him write the story.  His daughter did the illustrations, his wife helped with editing and his friends helped with the design and printing.

Down Syndrome Centre Midlands has thanked Jason for his support.

“We would like to congratulate Jason O Neill on his first children's book being published. Jason is a huge supporter and friend of the Down Syndrome Centre Midlands . This book is so beautifully written and illustrated. Thank you so much. Please support Jason on this fabulous book. Kids will love it,” the group said on their facebook page.

The book is €7 and can be purchased from Jason O'Neill who will post it out for an extra euro, message him from his Facebook page.

The Dunamaise Arts Centre also has the book for sale.

“New book, available from our Box Office! It's magical,” they said.