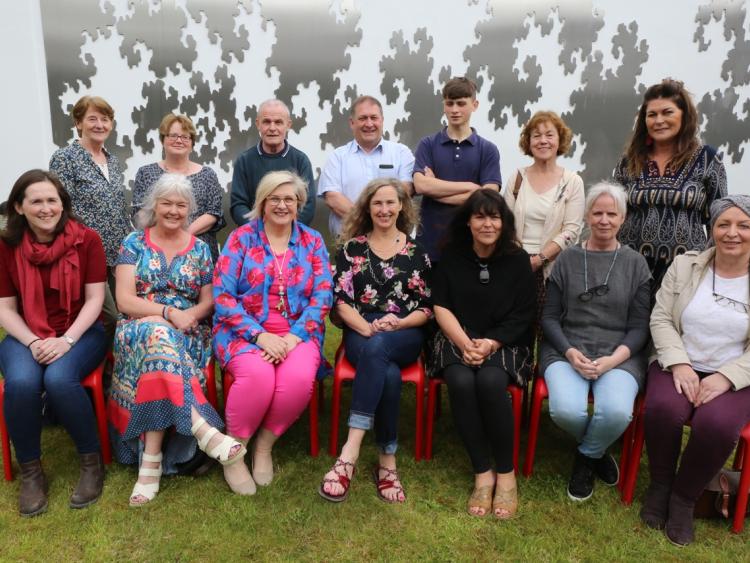 ‘Dialogues’, by Una Sealy RHA, is the summer exhibition in the Laois Arthouse which features portraits by the artist and the works of produced by community participants of a workshop run by Una in Stradbally.

Una conducted two, two-day workshops and eighteen participants took part. They each painted a portrait of the sitters who sat for them. The eighteen portraits are on view and it has been remarked how different each one is and how accomplished each work is, in its own way. 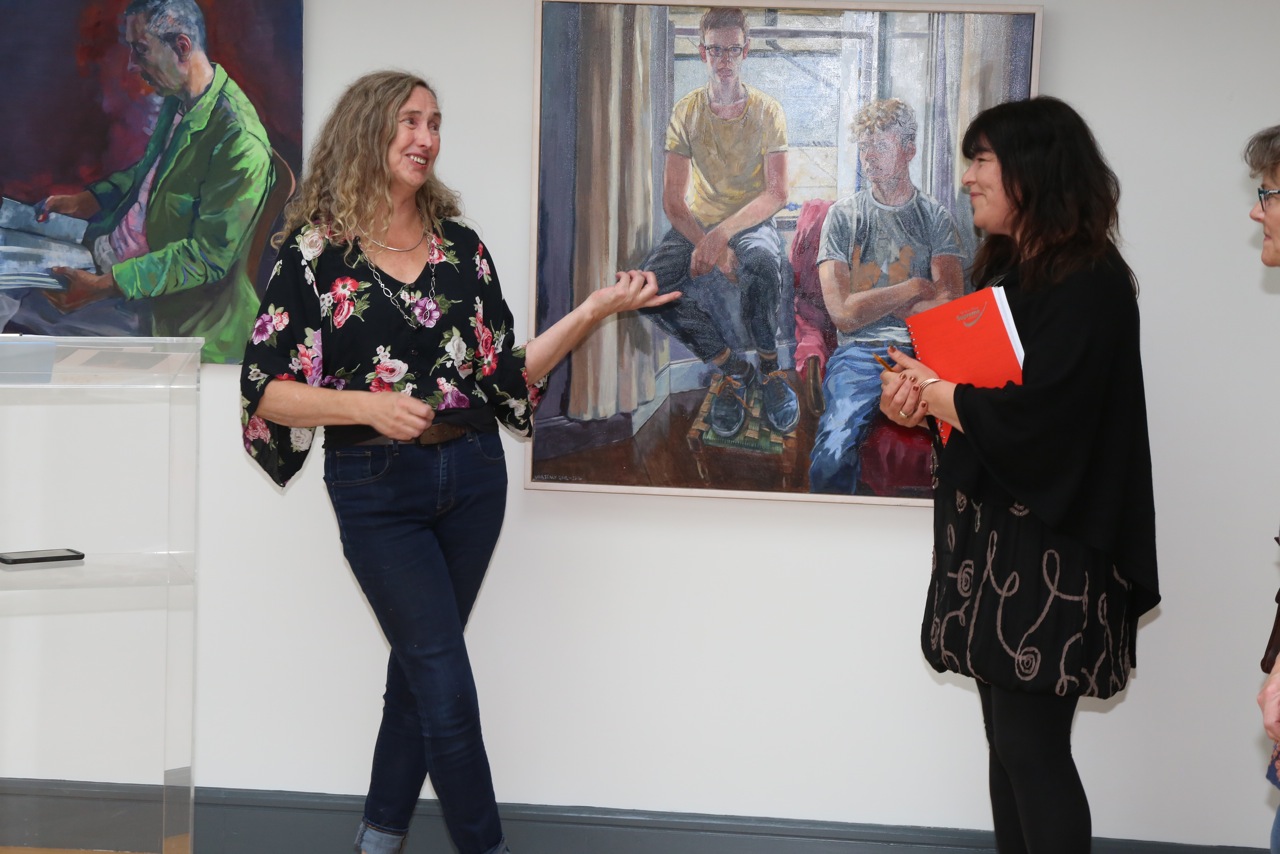 In summing up her experience at Stradbally Una Sealy said.

"My time spent as Artist in Residence at Laois Arthouse was a very positive experience. To live and work, and to have my portraits of family and friends exhibited, all in the same Centre is something quite special. In addition to this, it was wonderful to work with two groups of participants on portrait painting workshops, where the artists worked directly from live models, creating connections and dialogues that don’t emerge when working from photographs.

"The participants came from far and wide, and from differing artistic backgrounds. They were at different stages but were all heading in the same direction, and all progressed on that journey, as did I. One thing I love about workshops is that I also pick up lots of tips, from ingenious painting equipment to unusual under-painting colours, not to mention many new friends. It is particularly special, that the amazing portraits made during the workshop, will be exhibited alongside my own work in the Dialogues exhibition," she said. 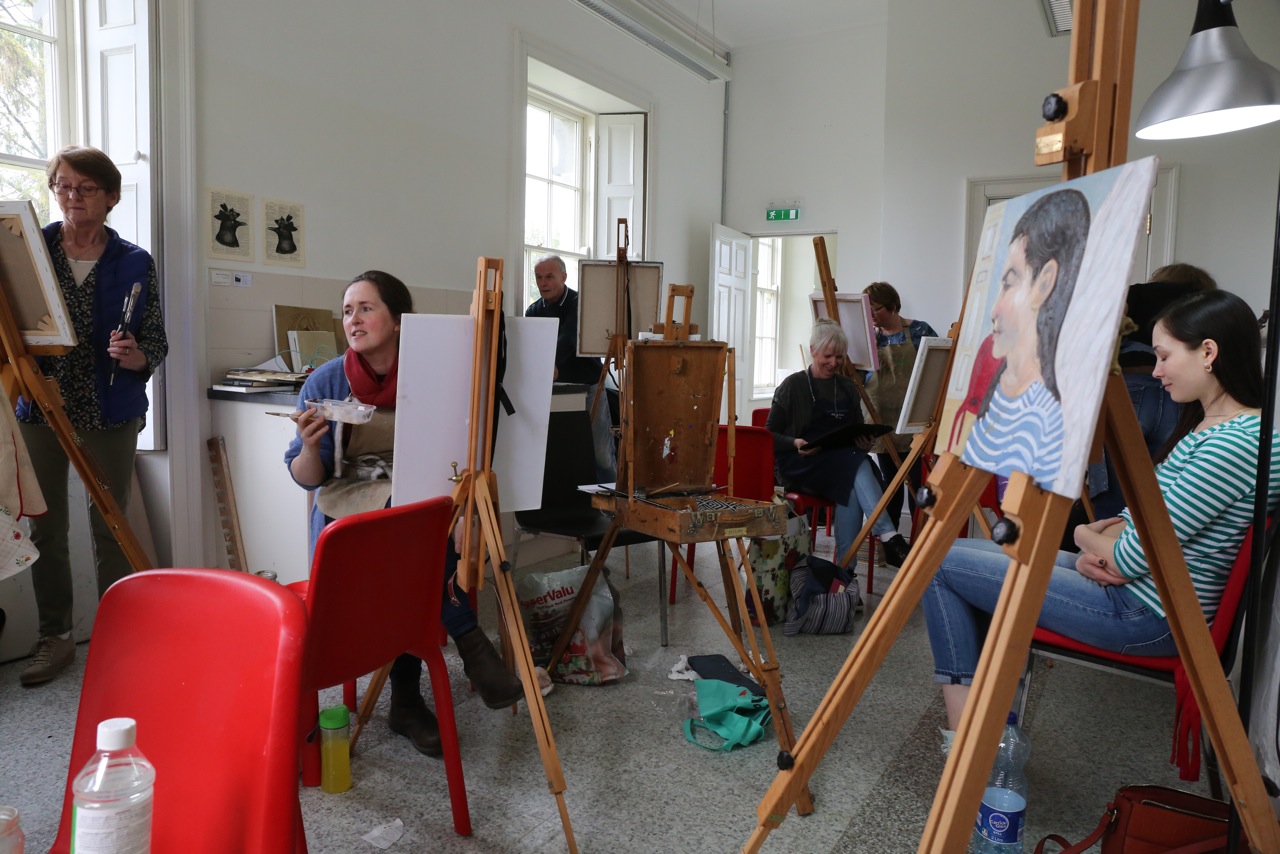 Una, is based in north Co. Dublin. She paints domestic interiors, streetscape, landscape and portraiture. She paints from observation and often the compositions evolve organically, with elements appearing and disappearing before the final arrangement is arrived at. The works form a kind of visual autobiography.

The exhibition also featured portraits by Una. It showcased a personal selection of works depicting friends and family, shown together for the first time.

Una works from life, and spends varying amounts of time with her sitters, from a single three-hour sitting, to longer-term projects requiring multiple sessions. This connection between artist and sitter is important to Sealy, as the resulting conversations inform the work, and contribute to a certain fluidity in the paint handling.  The aim is that the resulting work somehow encapsulates time passing, as opposed to one static moment. 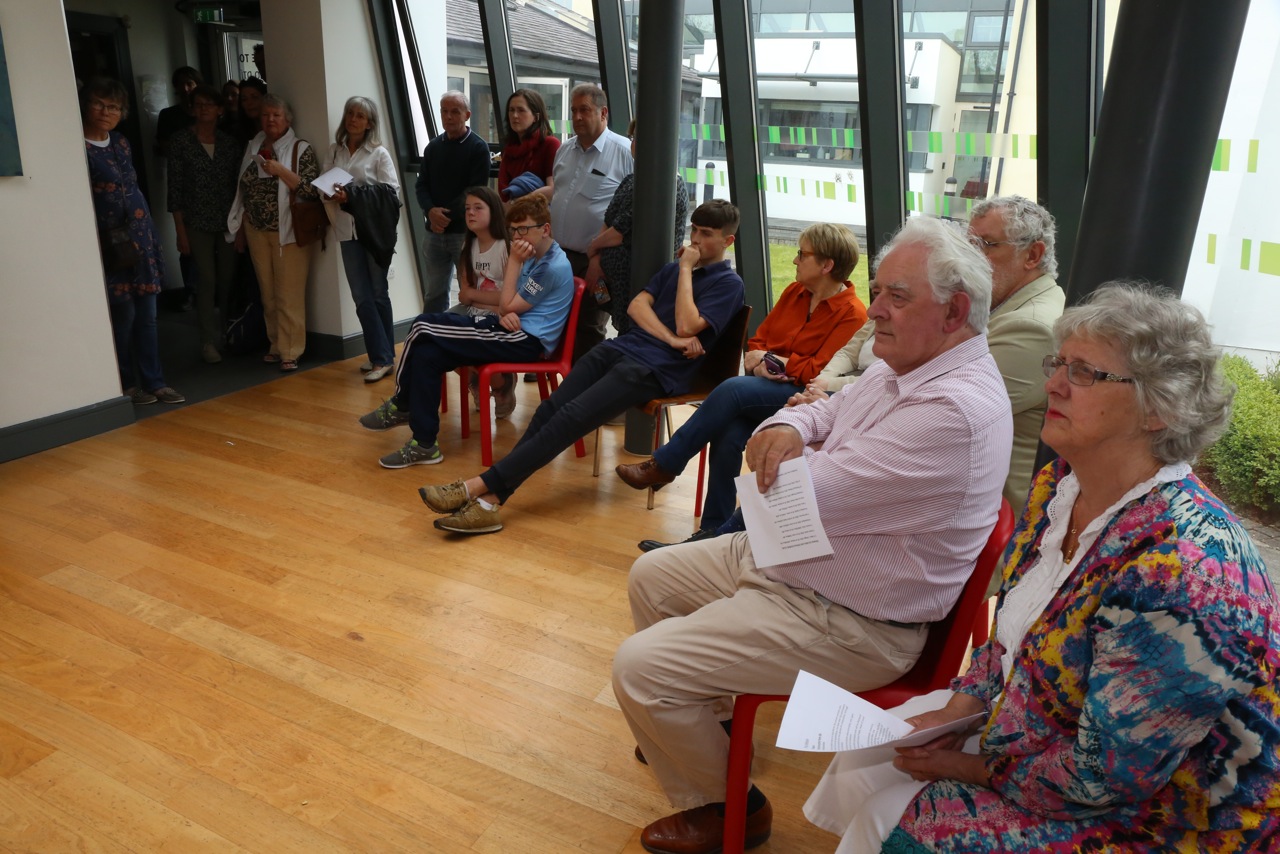 The exhibition was opened in June by Sinéad Ó Reilly, Head of Local Arts and Participation at the Arts Council of Ireland.

"The Arts Council welcomes and supports the role that Laois County Council has in how an artist finds community, and how communities and individuals benefit from the arts. The programme at the Laois Arthouse is an important expression of that and Una Sealy’s workshops and exhibition is another excellent event in Stradbally.’

The exhibition opens until September 5.

Saturday 10am-1pm (through the Library)

Wednesday and Friday 1pm-4pm (through the Laois Arthouse)