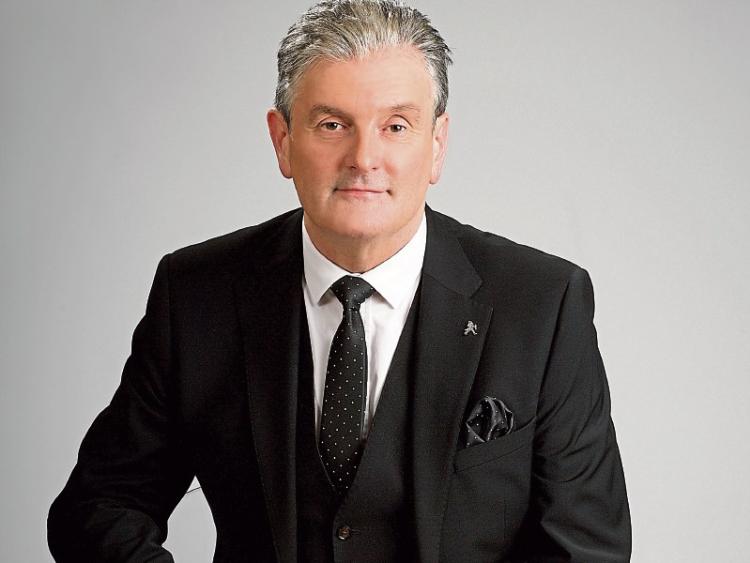 Shawn Cuddy has personified the charm of country music for 30 years.

Growing up as the eldest sibling of eleven in Camross, Shawn has been performing since a very young age.

Throughout his youth, he worked at many jobs varying between truck driving to working in a hospital.

He finally decided to take to the road as a country music performer and has not looked back since.

Throughout the years, Shawn had served his time and learned his craft having supported Johnny Cash, as well having toured with Foster and Allen, which has led him to become one of the most polished entertainers and singers currently in the business.

Shawn has been the consummate professional throughout his career.

He has twelve CD albums and four DVDs recorded to date, which have earned him awards such as “best entertainer”, “best country singer” and has had successful hits in the charts many times over the last few year.

Shawn has appeared on many TV shows over the years on RTE, BBC , TV3, TG4 and currently hosts his own show on Sky 376 which is attracting big ratings.

Shawn and his band are one of the hardest working bands on the concert and dance circuit and work between Ireland, England and Scotland where he is a well-recognised household name, getting a continuous warm reception by his fans.

Shawn has been on tour with his fan club to America, performed on Caribbean cruises and also Mediterranean cruises and many places in Europe travelling to cities such as Barcelona, Venice, Rome, Monte Carlo and too many to name.

Shawn visits the studio, recording new material every year and has quite a collection of new songs and old favourites in his large repertoire of material.

Shawn’s latest Album titled “ Those were the Days “ has fourteen tracks and a great mix of material and a few original songs in the mix.

To mark his 30 years entertaining on Sunday, September 8 Shawn will be joined by some of his friends from the country scene including Mick Flavin, Trudi Lalor, and John Hogan for a special celebration in the Tullamore Court Hotel.

Still a young man very much on the right side of 60, Shawn has no plans to slow down anytime soon.

“If you didn't love this life, you wouldn't do it, never mind stay doing it for as long as I have,” he says.

“There's really nothing else that compares to performing.

“And that's why having a special night like the one we have planned for Tullamore on September 8, with some of my favourite people in this business, Mick, Trudi, and John, is the only fitting way to mark a milestone like thirty years.

“And none of it would have been possible without my fans, of course”, he continued.

“So it's a night, and and occasion, that I want to share with all of those lovely people who have been so kind to me over the course of my three decades in country music.

“And I hope I'll see a lot of those familiar faces in Tullamore in a few weeks time.” There will be a coach from Camross going to Tullamore on the night. The organiser is Monica Middleton at 087-9513344.

For more information on Shawn Cuddy and his scheduled tour dates, go to www.shawncuddy.co.uk.