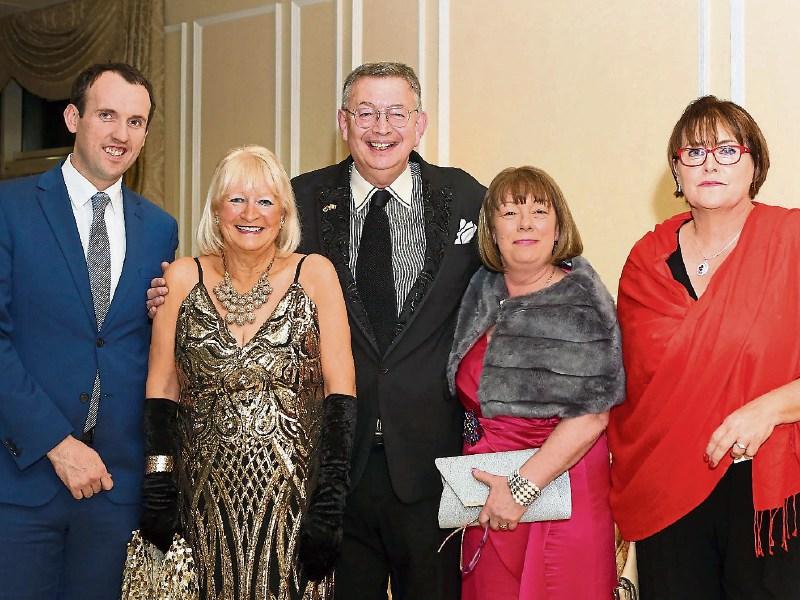 Tickets have been released earlier this year for Portarlington's glitzy and fun Charity Gala Ball, in time for Christmas gift shopping.

The ball is one of the most glamorous charity nights on the Laois social calender, with some 300 guests arriving to a red carpet welcome at the Heritage Hotel Killenard for a night of good food, wine, music, prizes, dancing and fun.

This year it will take place on February 28, with the chosen charity being the Laois Offaly Palliative Care Service, run by the Irish Hospice Foundation charity.

Ticketholders will arrive to lounge music by JL Sound. A four course meal with free wine follows, and a raffle with generous prizes for each table.

Then it will be time for dancing to reknowned Laois band Transmitter, and a disco into the early hours.

Now in it's 14th year, the ball is still organised by the same three dedicated ladies, Marie Corcoran, Maria Molloy and Collette Kennedy.

“People have been asking us when is it on, everyone just loves to dress up in their finery, both men and women. Already tickets are flying out and the bookings are made in the local hairdressers, it's a great night for everybody,” said Marie.

“We chose the palliative care service because everyone appreciates the hard work of those nurses, they are like angels,” she said.

They hope to welcome a new special guest as well as their long time supporter celebrity solicitor Gerard Kean.

“To avoid disappointment we suggest that people book tickets earlier,” she said.