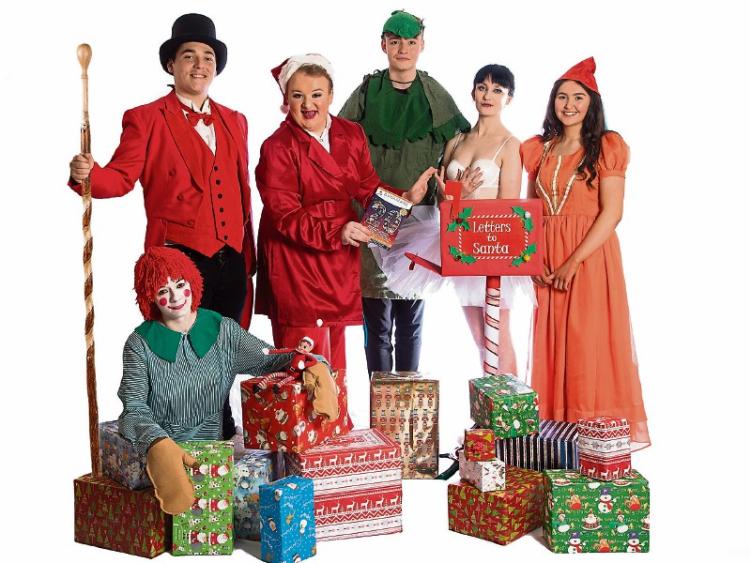 There’s something for each and every one at Dunamaise – from young and old.

Classic cinema lovers will also be delighted to see Scrooge on Wednesday 18 December at 11am and 8pm. Guests are invited for mince pies, mulled wine and a very warm welcome to accompany this Christmas Classic - sure to knock the "Bah Humbug" out of any over-stressed shoppers.

Everyone will be rockin’ in the aisles as The Christmas Show, A Tribute to ABBA takes to the stage on Thursday 19 December at 8pm. Having sold out tours around Ireland and abroad, this show will be a great Christmas party night out and the perfect way to start your Christmas celebrations.

Producer and Director of Dirty Dusting and Peter Pan (the Summer Panto), Richard Mansworth soars into Portlaoise with his brand new show with an all-star cast. Featuring Kayleigh Cullinan from ‘The Voice of Ireland’ and ‘Celebrity Operation Transformation’ and a host of local performers including Laoise O’Connell, Aishling Kelly, Aoife Carroll, Daniel Whelan, John Coss and Barry Dunne, with choreography by Ruth Maher, don’t miss out on this hilarious Christmas night out.

Finishing off the pre-Christmas fun will be the family film, Elf on Saturday 21 December at 12pm. Priced at only €4, come and enjoy this hilarious, fantastically fun and festive family favourite on the big screen! Later that evening at 7pm, a million dreams come true as The Greatest Showman, Sing-a-long returns to the greatest stage in Laois for a sing-a long special for you and all the family.

Sing the songs, show off your moves - with lyrics on screen so you can join in, marching to the beat we drum! You rewrite the stars for this show and dress to impress in your Christmas or Fancy Dress wear.

Just after Christmas, the festivities continue as Bosco arrives back in Portlaoise with Sleeping Beauty on Saturday 4 January for another magical Christmas adventure for the little ones to enjoy.

Later that evening, internet sensations Farmer Michael and Kathleen take to the stage for some side-splitting stories at 8pm. Aslan’s front man and songwriter Christy Dignam and Joe Jewell will perform an intimate concert for music fans on Wednesday 8 January.

Eeryone’s favourite Portlaoise Panto will take to the stage in Robin Hood from 18 to 25 January.

Tickets for all shows are on sale now from the Box Office, Tel: 057 8663355 or online at www.dunamaise.ie. Gift vouchers can be personalised.