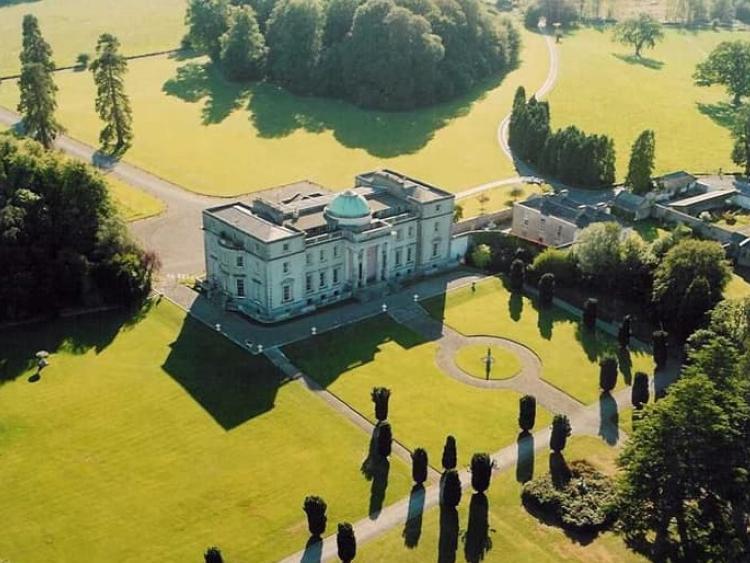 The episode focusing on Emo Court is on tonight Friday January 3.

Moondance Productions have been granted exclusive access to follow a number of multi-million euro historical building restoration projects around the country, through the eyes of those spearheading the projects. Focusing on the race to return the interiors of these buildings to their former glory, the programme reveals fascinating and previously unseen work done by historical interiors experts as they source, beg, borrow and steal furniture, artwork and precious artefacts for their sites in time to open these stunning buildings to the public for the tourist season.

Each programme focuses on either private or publicly funded massive restoration projects such as Doneraile Court, Emo Court and Kylemore Abbey.

This neo-classical mansion dates from the 18th century and was designed by James Gandon for the Earls of Portarlington. In the hands of the State since 1994, it has received a multi-million Euro boost to open extra floors to the public.

Although it is in better nick than Doneraile Court, this huge mansion is a beast of a project, and it needs a lot of TLC. Mary Heffernan from the OPW and Historical Interiors Expert Joanne Bannon are tasked with making this happen, from researching what finishes to use on the stunning staircase; to practicalities of opening a house full of priceless artefacts to the public.

These two are in charge of restoring the interior to its former glory. The real challenge, however, lies in filling it with furniture, paintings and precious artefacts now scattered in private and public collections all over the country. We hit the road with Mary and Joanne as they beg, steal and borrow from some of the State’s most amazing treasures and look on as they reinvigorate the interior character of these houses once more.

As one of the most prestigious houses of its time, Emo Court, Co. Laois was handed over to the state 25 years ago. Now, the team are tasked with bringing this palatial mansion back to its former glory.

Great Irish Interiors is a first for RTÉ One. There are a number of other shows that deal with renovations - bricks and mortar, but this series is unique as the focus is firmly on the interiors, it is all about the chase, sourcing the right artwork, paint and wallpaper, furniture and reclaiming special treasures that tell the story of these great houses.
Tune into RTE One at 8.30pm on January 3.

Watch a preview below.