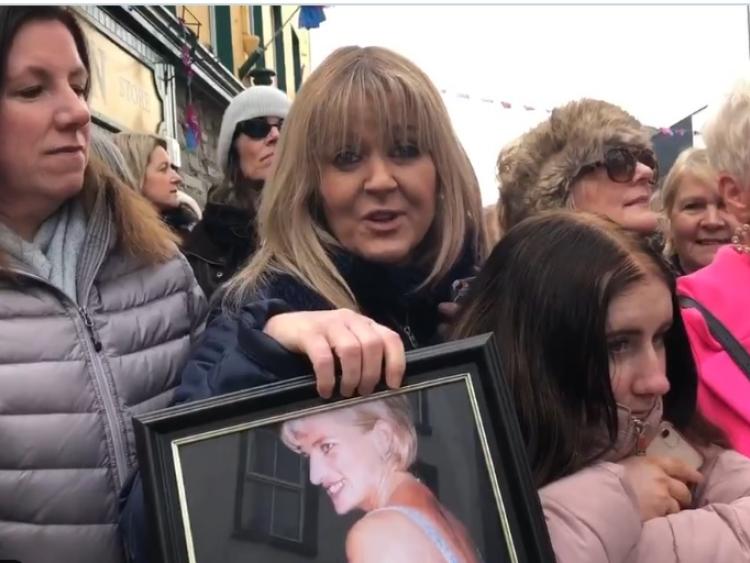 Laois woman Michelle Dunican was among the crowds in Galway hoping to meet the Duke and Duchess of Cambridge and while there RTÉ's Theresa Mannion asked her about the picture of Princess Diana she hoped to present to Prince William.

Fab travels from Abbeyleix to give photo she took of Diana to Prince William ⁦@RTENewsNow⁩ #RoyalVisitIreland pic.twitter.com/KMhTbaXtRZ

A long time follower of the Royal family, the Abbeyleix woman met Prince Charles in Kilkenny in 2017. At the time, Michelle took the opportunity to show the Prince a picture of the Queen Mother, which she took at Clarence House in London in August 1990.

Michelle's passion for all things Royal stems from the late Princess Diana, whom she says she met a total of 37 times. A prolific photographer, Michelle captured every meeting on camera. She will host an exhibition of her Diana collection in Abbeyleix in 2017.