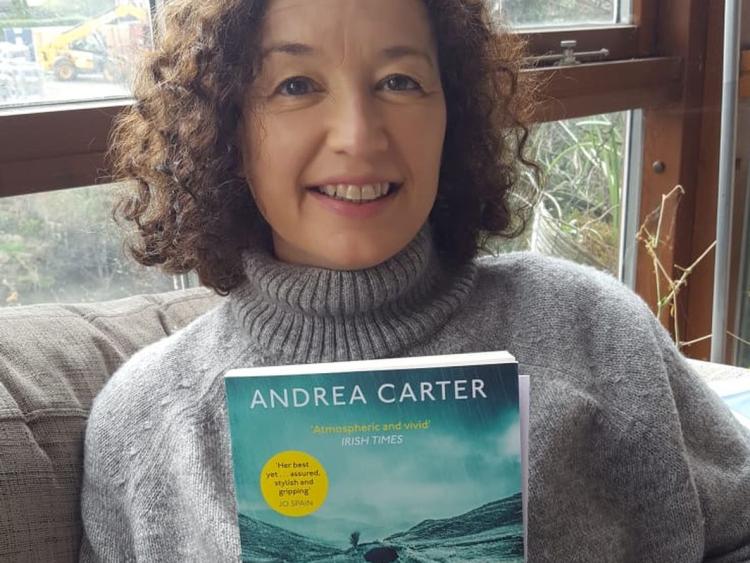 The book launch was due to take place in The Bookmark Lyster Square Portlaoise on Thursday 9 April however due to current restrictions in place to combat Coronavirus the launch has been postponed and will be rescheduled as soon as it is safe to hold the event.

The main character Ben O’Keefe loves nothing more than helping to solve murder mysteries with Garda Sergeant Tom Molloy in the wild isolated Inishowen peninsula of Donegal in the fictitious town of Glendara.

In the fifth book Ben returns to Glendara from Florida following a six-month stint with her old law firm. A charity cycling race is taking place. However, heavy rain causes the cyclists to postpone the start of their event and stay overnight in Glendara.

Sergeant Tom Molloy is called out in the middle of the night to an isolated area where a body, dislodged from a high bank by the heavy rain, has fallen onto the local vet’s jeep. The body is identified as a well-known charity boss who is the organiser of the cycling event and the local GP confirms that the man has suffered a snakebite. MORE BELOW PICTURE. 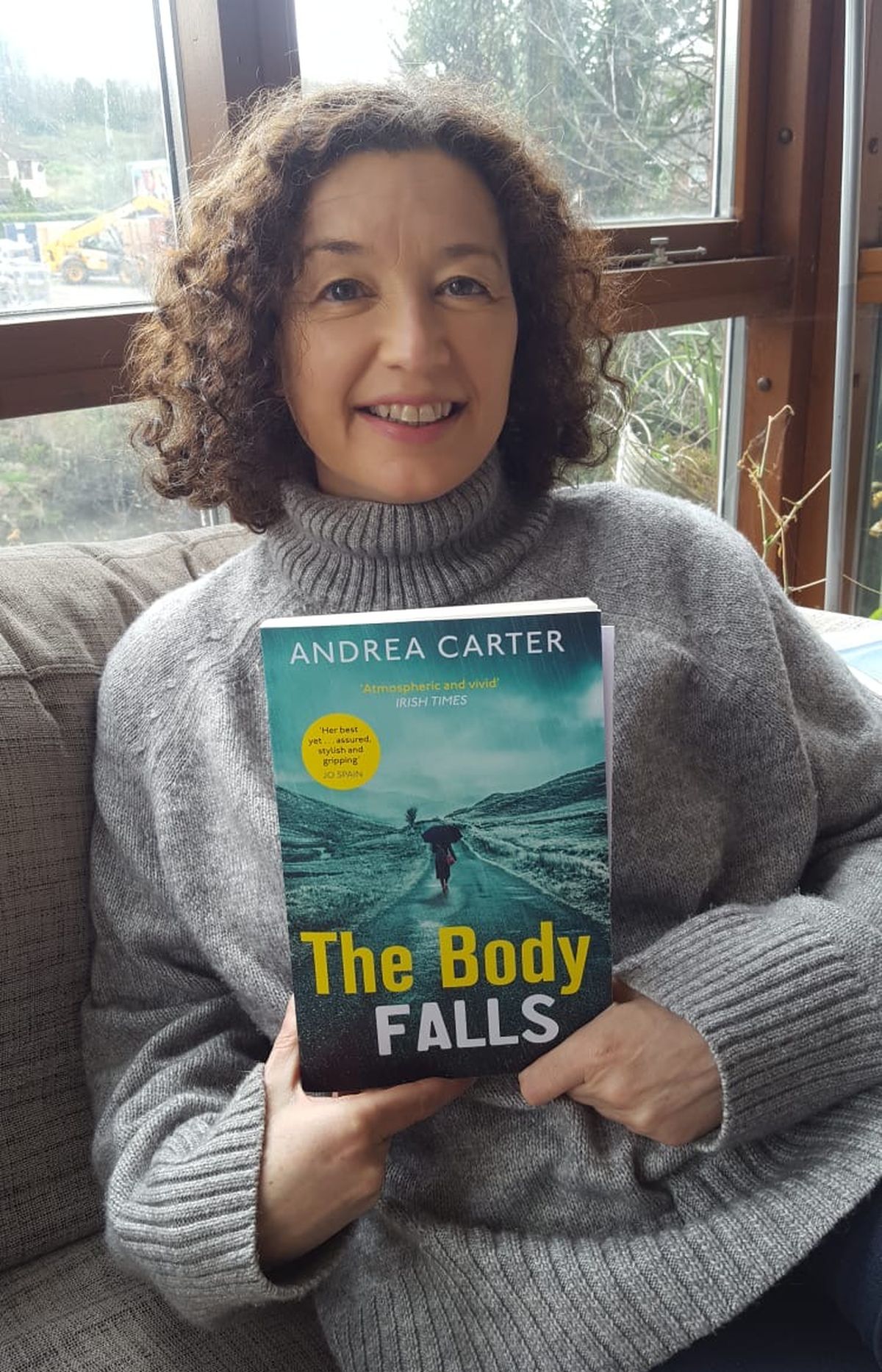 The rain persists and becomes relentlessly torrential with bridges down and roads impassable making Glendara completely cut off with a killer at the heart of the community.

Is the killer one of the strangers or is it someone closer to home? It is left to Molloy with Ben’s assistance to find out what is going on.

“I'm very excited that the fifth book in the Inishowen Mysteries series is about to come out," said Andrea. "As usual I'm nervous and I hope that people like it. I was very much looking forward to taking part in an event to celebrate the launch in The Bookmark in Portlaoise in my home county of Laois.

“We will reschedule the launch once it is safe and when the launch does go ahead anyone who has already bought the book will be very welcome to bring their copies along and I'd be delighted to sign them for people. I am really looking forward to my old school classmate and friend Amanda Kelly launching the book for me when the time is right.”

Ms Carter’s previous books in the Inishowen Mysteries series so far are titled Death at Whitewater Church, Treacherous Strand, The Well of Ice and Murder at Greysbridge and the first three books are soon to be turned into a major television series. More below picture. 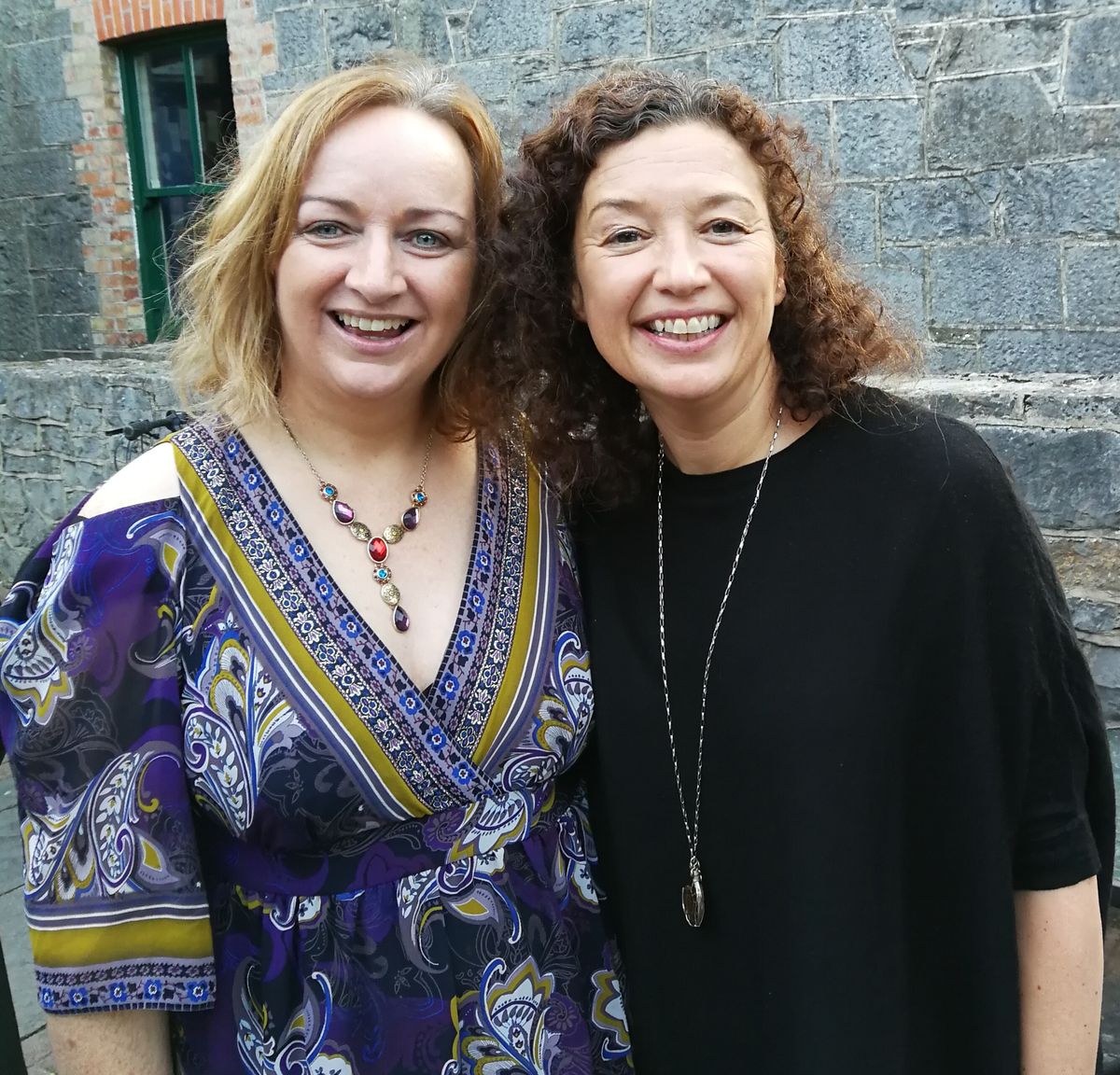 Ms Carter said that plans for the television series are progressing.

“I was chatting to the producer a couple of weeks ago and we discussed directors and an actor to play Sergeant Molloy but I'm sworn to secrecy. But I suspect as with everything else that progress will be delayed because of the current emergency.”

Amanda Kelly is a playwright known for her play The Bus to Ballyragget. She is also the founder of The Power of Words Festival which seen an extremely successful inaugural year last August in Abbeyleix.

“I was really honoured to have been asked to launch Andrea Carter’s latest book. Andrea is one of Ireland’s finest crime writers. She’s also a Laois woman and an old school classmate. I will be very proud to launch The Body Falls for my close friend as soon as it is safe to do so.” she said.

Áine Mortimer is manageress at The Bookmark where the book launch will be held in the hopefully in the coming months.

“Due to the current situation we are really saddened that we have to reschedule Andrea’s book launch but it is in everyone’s best interest. We are delighted because everyone is on-board to reschedule the launch as soon as it is safe to do so and this will be our first book launch at The Bookmark. We’re excited that this will be international bestselling author Andrea Carter who will be launching her book with us, it’s great. When the launch does take place we will make it bigger and better.” she said.

The Body Falls can be ordered from Thursday by logging onto www.thebookmark.ie and from other online bookshops until non-essential shops can open their doors for business again. 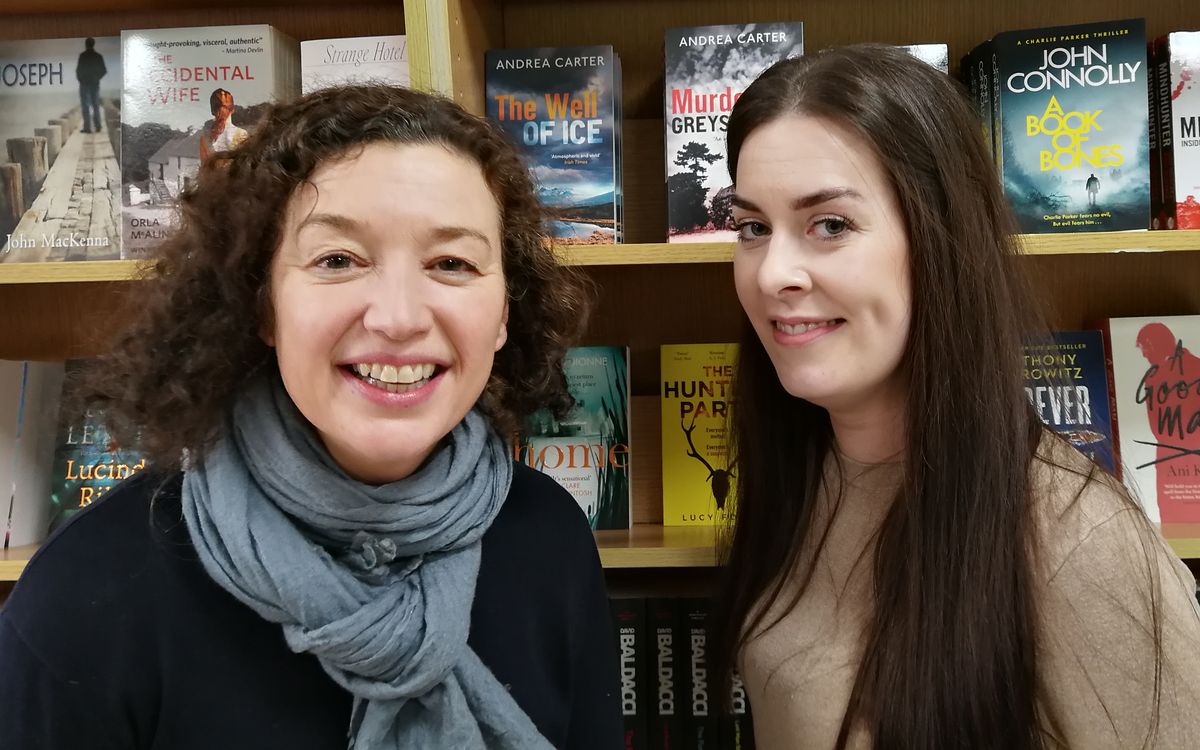