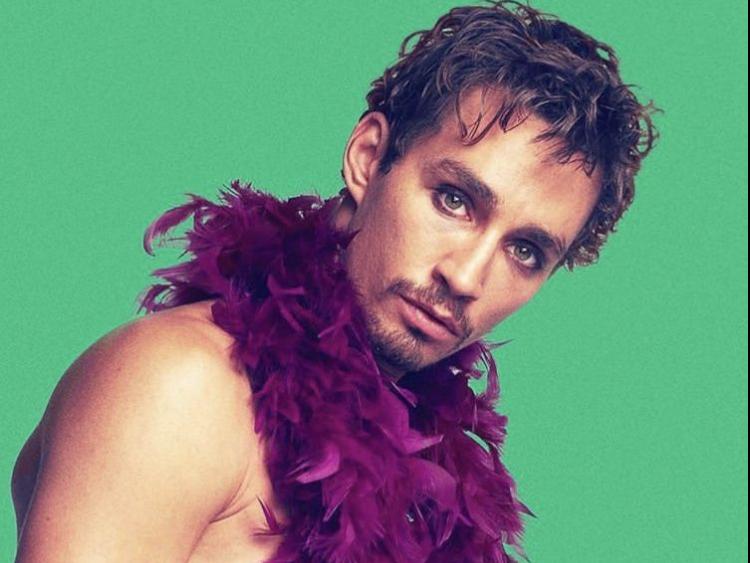 Robert Sheehan as Klaus in The Umbrella Academy

Laois born actor Robert Sheehan is looking writing, gardening and podcasting under the Covid-19 restrictions in London and the Portlaoise man who stars in the Netflix series Umbrella Academy is looking forward to have a few nippers.

It's no surprise that the now aged 32-year-old actor is as busy as ever and can also continue to pay the rent unlike many others in his profession.

Robert plays Klaus, a drug addict with superpowers in the Umbrella Academy which is screening on Netflix at the moment. He was wary of the role but is now happy with his decision to take a part in the new series which is entering season two on the streaming service.

Like millions of people, he has had to find other things to do in lockdown. This includes a book of short stories.

"It was kind of written before the lockdown, but to be honest, it (lockdown) was very beneficial to the development of the book," he told the Irish Independent Lifestyle section.

Apart from the writing, he's also been dabbling in some podcasting with some friends.

"We basically get these amazing people like billionaires and scientific people and people in political arenas to answer interesting questions. It's called the Earth Locker," he says.

He also reveals a big admirer of Normal People.

"He's such a dreamboat," says Rober of lead actor Paul Mescal who plays Connell in the hit show. "I was aware of his existence before watching Normal People. Excellent, excellent f...king acting," says the Portlaoise man.

He realises the impact of the lockdown on his profession.

"It is fretful about the acting world. I'm lucky you know - I can pay the rent and I have no babies and I'm in a more flexible position than a lot of them. I was talking to my agent and lots (of actors) are on the dole. It's tough," he told Tanya Sweeney in the interview.

Speaking of babies, Robert, who is the youngest son of Joe and Maria Sheehan, is finally looking forward to starting a clan of his own.

"I will at some stage start a little army, once I find a woman silly enough who will have a nomad as a partner. I'd love to have a few nippers. I suppose I've gon through a stage of maturation in the last three years of my life. I feel a lot more settled. Life still flies at you occasionally but I feel more ready for that now," he says.

The two-page interview is published in the Irish Independent on Thursday, July 9.