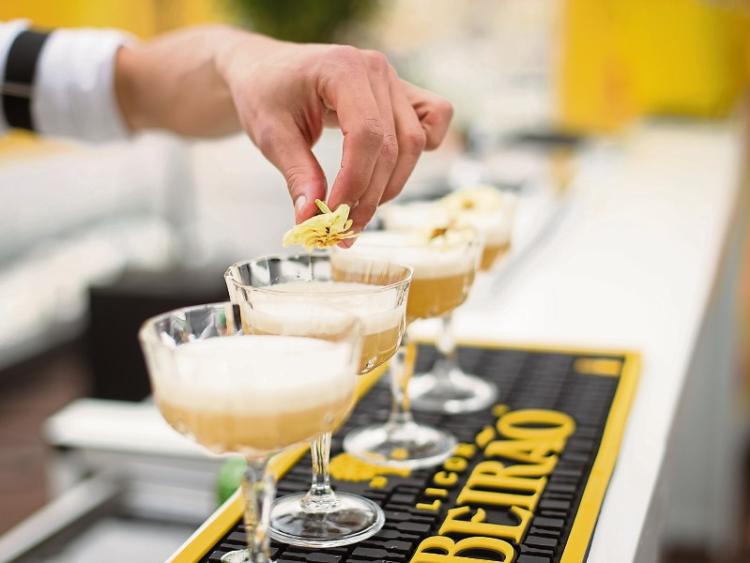 The pub was buzzing with groups of raucous punters excitedly watching horseracing from Fairy House.

Was it the Maiden Chase, or hurdles or even a hunt, Sam pondered? He was on his own maiden hunt.

A smartly dressed bartender greeted him warmly and asked his name and phone number. He explained that all patrons had to be identified in line with COVID-19 rules.

Sam admired his own reflection in the bar mirror, as he stroked his neatly trimmed beard. He was lead to a private, Perspex snug, his very own ‘fairy house’, perfect for intimacy.

He would enjoy the chase of Miss Cathy Cassidy. He wondered why his friends called her ‘You Can’t Cathy’. The word ‘Powers’ hung above him in fitting idolatry.

All heads turned, jaws dropped and men drooled into their pints as the most perfectly proportioned filly stepped through the door. Sporting a tightfitting miniskirt, revealing long, slender, toned legs, and a bosom hugging low cut blouse, Cathy waved demurely at Sam.

Heads followed her graceful movements as she elegantly tossed her mane of golden curls over her right shoulder. Her mouth, covered with a designer mask, added mystery of delights yet to be revealed.

The excited tones of the race commentator drew the gaping spectators back to the final moments of The ‘Something’ Stakes. Sam was ‘odds on’ to win but the stakes were high.

He would pocket €200 if he won this bet. He gallantly extended his hand and was somewhat taken aback to have an antibacterial wipe thrust into his open palm.

“You can’t be too careful in the present environment”, Cathy gushed.

“Absolutely”, he replied, rubbing his hands vigorously. Before he could discard it she had produced, from her Prada shoulder bag, a container akin to a vanity box and deftly dropped her used wipe inside. He followed suit. The race was on.

The bartender arrived and with reverential aplomb presented the menu. Now donned in a pair of surgical gloves Cathy was busy wiping the table.

Taking the menu and subjecting it to the same procedure Cathy announced,

The bartender pointed to a large laminated sign, ‘COVID-19 Rules’.

“There’s no calorie count for these”, Cathy sniffed disapprovingly.

Unsure, the bartender indicated that he would check with the chef and dragging his eyes from her bosom, inquired if he could perhaps get them some drinks.

“Perhaps we could share one meal and then you'd only be consuming half the calories”, he joked.

Cathy arched her eyebrows in horror.

“You can't share food. There’s a 90% increased risk of exposing yourself to coronavirus”. The pub gasped. The leading jockey had been unseated. Sam knew that he must take a firm hold of the reins.

“I’ll have a pint of Guinness”, he declared. “And I’ll have a G & T”, added Cathy, batting long lashed, blue foal eyes at him.

He was back in the saddle. He had 90 minutes to win this beauty.

Time to turn on the charm, he thought. 'You are the most beautiful woman I have ever met. Do you believe in love at first sight?” Before she could answer there was a loud knocking on the Perspex. Sam turned to see his mates cheering and waving and making subtle sexual gestures.

“Hello boys”, neighed Cathy. The pub moaned. The favourite had taken a bad fall. Sam realised with disdain that he had been set up and now needed to abandon the chase without suffering the indignation of failure.

“I’ll just go and have a quick word with the lads”, he chanced.

“You can't”, she snorted, pointing to the large laminated sign behind the bar once more. “You can't join another group”.

The encounter had turned into a very different kind of hunt.

Just then the barman arrived with the drinks and started explaining, in great detail, to Cathy’s chest, the calorie count in each dish.

Sam needed a drink like a filly needs a good jockey.

The creamy white froth turned bitter black in his mouth when he heard her order soup and brown bread, followed by a green Thai chicken curry, together with a diet free Seven-Up.

He had lost control and given her free rein.

Cathy was busily rubbing the rim of his beer glass with an antibacterial wipe.

“You can’t drink from an unsanitised glass”.

He knew his pint was ruined. With a loud cheer the race was over.

“You'd be better off ordering a bottle of Dettol”, he said acidly, “because that's all you’re going to taste”.

Her face clouded like a grey mare given a sour apple.

“There’s an 80% increased risk of contracting the virus through utensils and crockery that have not been sanitised correctly”, she whinnied in hurt tones.

He stood up. “I need to go to the toilet”, he announced.

“You can't”, she brayed. “You can't, because the red light indicates that there’s already somebody using the bathroom facilities”.

She removed her mask revealing a set of perfectly even, dazzlingly white teeth, but Sam had been bitten enough.

He stood and unceremoniously dropped €50 on the sanitised table. ‘There’s 100% increased risk of contracting coronavirus from dirty bank notes”, he declared and stormed out into the street. “Pubs are for pulling pints, not pulling fillies”, he shouted to the air. Lesson learned, Sam my boy, lesson learned.