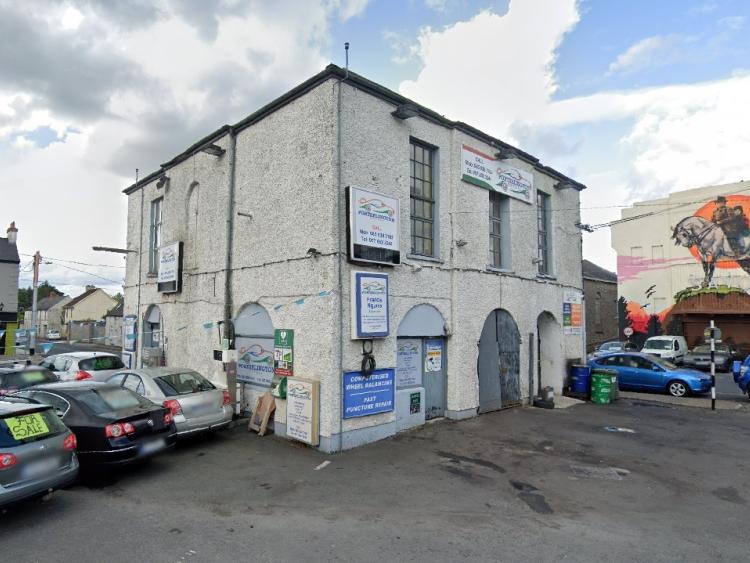 One of the few surviving market houses in Laois is to be taken over by Laois County Council and brought to new life.

The Portarlington Market House is nearly 300 years old. In recent decades it was renovated and used as a car garage.

Now it is to form a central part of a revitalisation of the Laois Offaly town's square.

Cllr Tom Mulhall has confirmed this Tuesday July 14 that Laois County Council is poised to sign a "longterm lease" with its owner.

"This building would have been known as Ryans Garage for years which would have given a great service to the area for people to get their vehicles repaired and serviced due to the increased volume of business more space would have been required," he said.

"But due to increased volumes of traffic going through the town it was not possible to make more space available. In recent years Laois County Council have been looking at options to enhance the town particularly the square, so as a result they started to liaise and negotiate with the owners of the property," Cllr Mulhall said.

He says the public can offer their suggestions as to a new use for the Georgian building.

"This Progress will mean that the council will be open to ideas or submissions from the people of the area as to what are the best options for the Building and the whole area around the square.

"There is a huge volume of traffic going through the town on a daily basis especially  from Inter change 14 on the M7 en route to Tullamore or the West of Ireland.

"I am looking forward to seeing a new look square in the near future and this progress will only add to the improvement to the rest of the Town. I would like to say well done to Laois County Council and the Ryan family for concluding their business very professionally," Cllr Mulhall said.

"This is very good news for Portarlington and hopefully a sign of more progress to come," he added.

Cllr Aidan Mullins from Portarlington welcomed the signing of a contract.

"I have been working hard for the past few years to get the Council to upgrade the streetscape in Portarlington and they commissioned a Report on this. A major part of this upgrade would have to be the success of the Council in securing possession of Ryan’s garage in the Square. I am delighted to announce that the contract was signed today and the Council is now in a position to include this historic building in their plans to improve the public realm in the town. This will include upgrading the entire Square along with new footpaths along Main Street and undergrounding the overhead lines. Progress at last," he said.

The Market House is listed on the National Inventory of Architectural Heritage. It was renovated in 1990 when many features removed however some remain including the original limestone-flagged floor.

Below: the building when it was a market house. Image by Archiseek.com 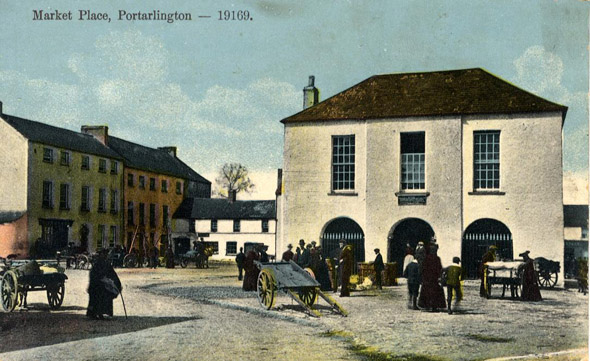