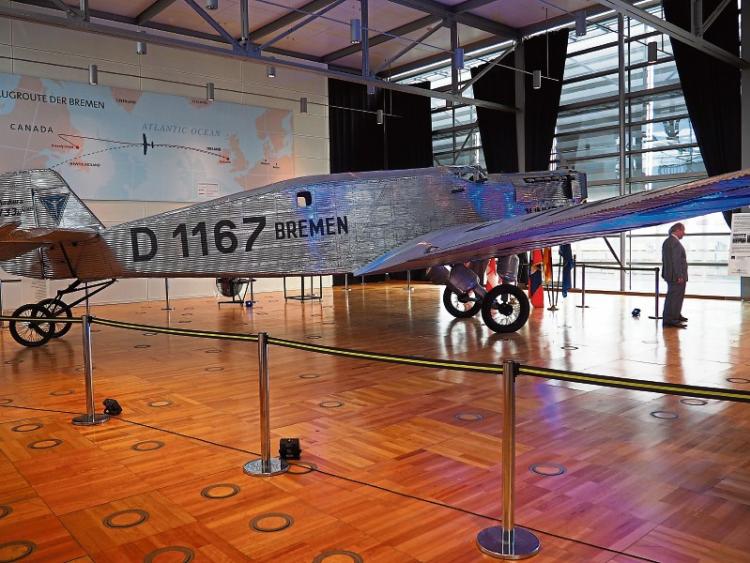 Historic plane on display in Germany

Colonel James Fitzmaurice was a pioneering aviator from Portlaoise who was part of the first successful transatlantic aircraft flight from East to West in 1928.

Composer Martin Tourish is working in a highly collaborative way with young musicians from the orchestra - they are creating new music together, inspired by the events of Fitzmaurice’s life, from his first foray into flying as he witnessed an aeroplane under construction in Aldritt’s garage in Portlaoise, to his own aviation feats after becoming a pilot in the British Army in World War I. Fitzmaurice’s achievements took place during the significant upheaval of World Wars, and Civil War, in the first part of the 20th century in Ireland, and Europe.

With a working title -‘The Impossible Dream,’ this music project moved online after Ireland went into lockdown in March.
Music Generation Laois put out a national call in May for new members, and the Laois-based orchestra expanded from 23 members to 76, and together this group face the challenges of composing, workshopping and performing music remotely and online, with young musicians from different parts of Ireland, north and south, from Armagh to Cork.

This project’s development has unearthed many intriguing parallels between current challenges in Ireland in the Covid-19 pandemic, and those faced by Fitzmaurice in his lifetime.

“We are delighted to be embarking on an ambitious composition project with Martin Tourish and the Music Generation Laois Trad Orchestra, and also celebrating the achievements of Portlaoise’s Colonel James Fitzmaurice, a fascinating person, who is inspiring a new generation of young people as we engage with his life-story, and as we prepare to convey that story through music,” he said.

This project will continue to work online and hopes for a live premiere later in 2020 are still in place, in line with Government regulations.