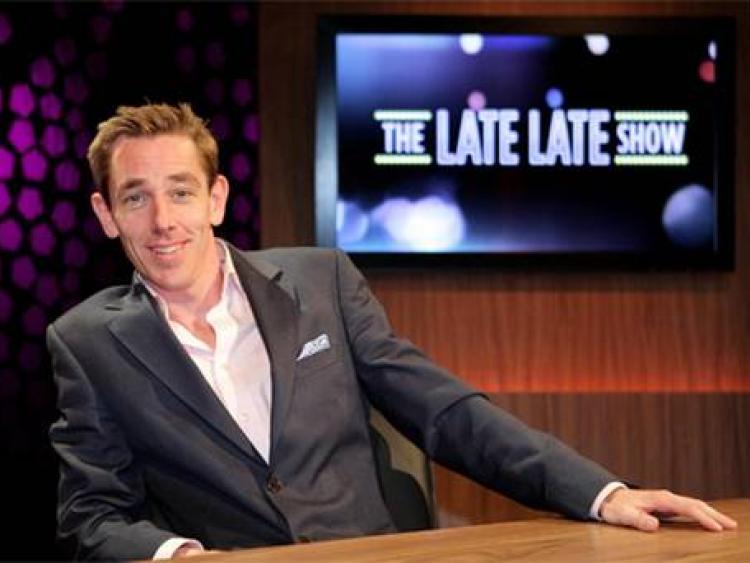 The guests have been revealed for the first Late Late Show of the new season as Ryan Tubridy returns for the 59th season on the programme.

The Late Late Show returns with guests including Mícheál Ó Muircheartaigh, Dr Ronan Glynn, paddleboarders Ellen Glynn and Sara Feeney and the hero fishermen who saved their lives, and a star-studded musical performance

This Friday night on RTÉ One sees the much-anticipated season return of The Late Late Show. During the onslaught of Covid-19 and the mass uncertainty which followed last March, The Late Late Show was with you - the viewers - every step of the way. This season will be no different.

Host Ryan Tubridy said that he is very much looking forward to getting back at the helm of the world's longest-running live chat show for its 59th season on air.

Ryan said: "As Ireland continues to adjust and adapt to the changing situation, here on The Late Late Show we are very excited to be back for our 59th season.  Much like everyone else in the country, we've had to recalibrate how we do things, but as ever we have a brilliant line-up of guests and musicians ready to go on Friday night. We have the good news story of the summer, as we reunite the heroic fishermen from Galway with the paddleboarding cousins they rescued in August.

"This, the first weekend in September, should be Electric Picnic weekend, with tens of thousands descending upon Stradbally. It can't happen this year, but we will endeavour to bring a slice of the magic to you at home.  I had the pleasure of spending time with the wonderful Mícheál Ó  Muircheartaigh inside Croke Park.  He has seen it all in his 90 years and he has so much to say. Plus we have a once-off, star-studded musical performance from Ireland finest singers, and that's all just for starters. Friday nights are back!"

On tomorrow night's show, legendary GAA commentator Mícheál Ó Muircheartaigh joins Ryan in the historic setting of  Croke Park to talk about the lost summer of the All-Ireland Championships, the importance of the stadium to Irish culture as it marks the centenary of Bloody Sunday, and why positivity is the medicine that has kept him going for 90 years.

As Ireland and the world faces into wintering the Covid-19 pandemic, Ryan will be joined in studio on Friday evening by Acting Chief Medical Officer, Dr Ronan Glynn, who will give an insight into where he believes Ireland now lies in terms of the course of the pandemic, and take us through what could lie ahead.

Dr Samar Fatima Ali will also be in studio to discuss the devastating loss her family experienced this summer when her father, Dr Syed Waqqar Ali, a frontline doctor in the Mater Hospital, died after contracting Covid-19.

In August, against the odds, cousins Ellen Glynn and Sara Feeney survived a night at sea, clinging to a lobster pot, after their paddleboards drifted from the shore in Co Galway. On Friday night, Ellen and Sara will be reunited with the locals who saved their lives - fisherman Patrick Oliver and his son Morgan. Patrick and Morgan will also discuss the vital work of the RNLI.

This weekend should have seen the return of the annual Electric Picnic Festival at Stradbally, Co Laois. Revellers missing out on their 17th annual pilgrimage to Stradbally can tune in to hear from Snow Patrol's Gary Lightbody, a would-have-been headliner on stage this weekend, as well as a special performance from The Frank and Walters.

And the star-studded members of Irish Women in Harmony, who topped the official homegrown charts with their cover of The Cranberries' Dreams in aid of Safe Ireland this summer, will be in studio to perform.