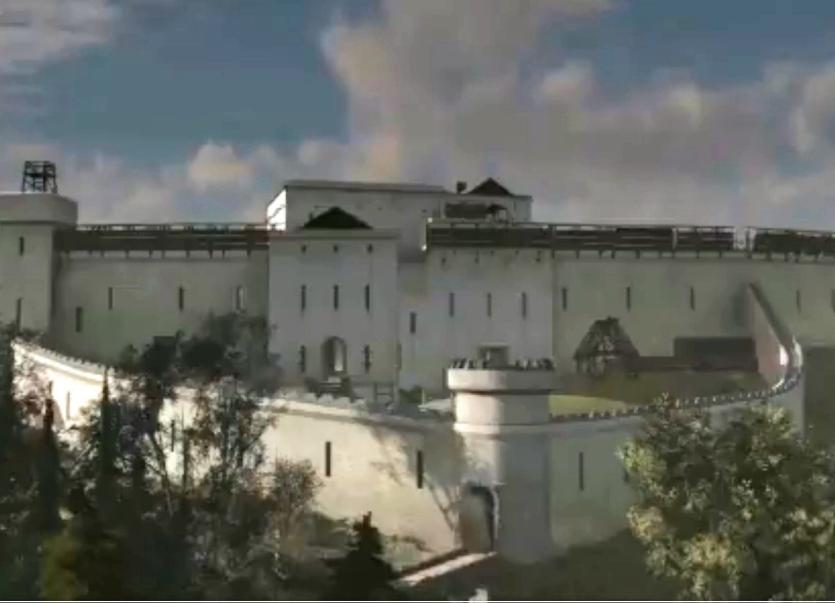 The recreated Rock of Dunamase in Laois by Colm Fahy.

The historic Rock of Dunamase still towers over the Laois countryside from its high rocky hill, even as a ruin.

Now the 12th-century Irish fortress has been restored - at least virtually - by a talented Irish artist.

Colm Fahy has created a two-minute life like digital video that takes the viewer through fortified gates and all around the castle.

Colm told the Leinster Express why he decided to spend three weeks on what was a labour of love.

"This pandemic thing is not all bad news! The pandemic slowed things down a bit and for the first the time in years  I had the opportunity to see Ireland in a deeper way. Laois seemed like a good starting point, thanks to fond memories of a great Laois woman who was my boss some years back!

"I've alway had a huge love of our ancient history and of course Laois is at the heart of it all.. and it is so different from my native Achill Island. I've also had a long running interest in art, illustration and graphic art which has been slowly evolving over the years and 2020 seemed to bring things together in a special way.

"I found I had the opportunity and the tools to bring things to life that really interest me. I had done a few small projects in recent years (Castles and stately homes) but Dunamase really caught my imagination being such a wonderful site and full of the spirit of ancient Ireland. I just had to try and recreate it in some way. So I started doing a  bit of research. To my surprise there is not much by way of images of how it might have looked. I did find some limited architectural papers on-line, but in the end I had to use some of my own imagination.

"I spent a few days plotting out the layout and design. After that, I used a graphics program to design the building model. This took about two weeks. After that, I worked on adding smaller assets to add the scene. Once the bulk of the modelling is done, the texturing and painting took about another week followed by the camera set ups and animation including lighting, which took about three days.

"All in all, the project took about three weeks I would say to get the model to the stage where you see it now. I'm happy with the outcome on the Rock of Dunamase - if nothing else you get some sense of the magic and majesty of this important site of national heritage.

"I would like to continue to improve its archaeological accuracy, so all those local experts don't hesitate to get in touch with your information that might help that process!

"Generally, I use my work-in-progress website ( https://templegreen.wixsite. com/templegreenstudio) and social media to show people progress on my work. I love the idea of reimagining the past in 3 dimensions. In fact, I love the idea of helping people bring their vision, whatever it is, to a sort of life in 3D or virtual reality. I am always open to trying new challenges!" Colm said.

Below: the Rock of Dunmase as it stands today. 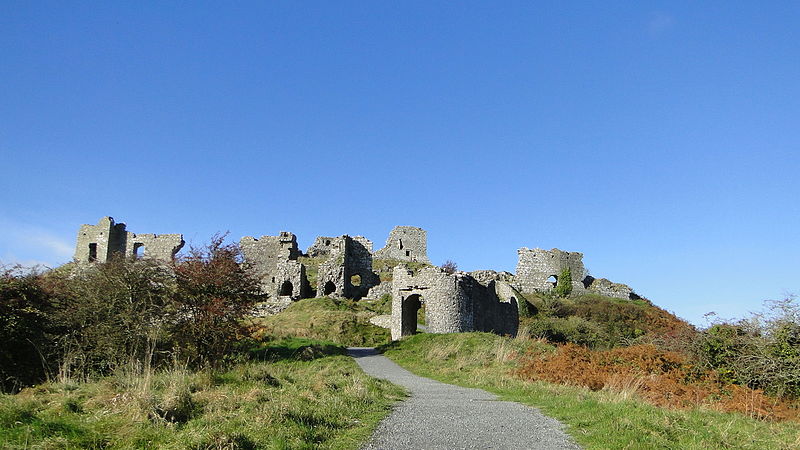