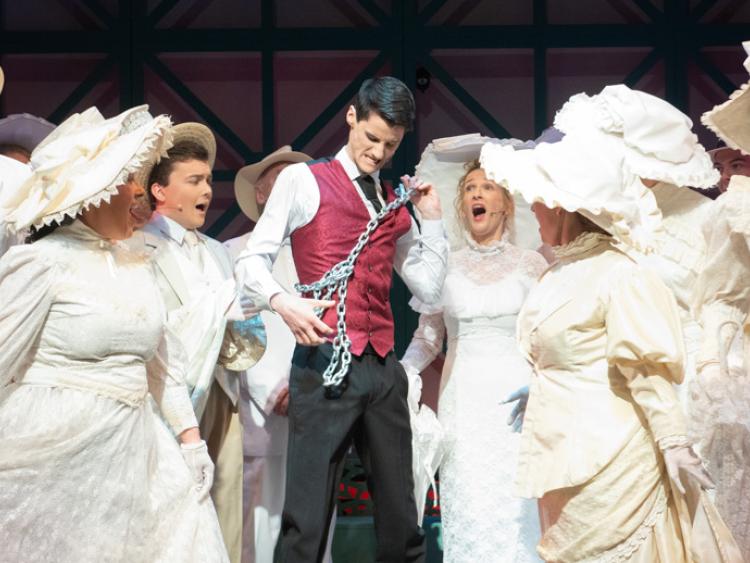 Portlaoise Musical Society members are putting into action the old saying of entertainment the show must go in the face of Covid-19.

The members, who had to abandon their hugely popular stage show in 2020 because of the pandemic, have resourcefully organised to present A Musical, a virtual concert featuring a host of society stars and special guests in aid of local mental health charity, Teac Tom.

The concert, which is being produced and directed by award-winning actor Shane Kelly; who starred as Coalhouse Porter in Ragtime; will feature some of the society’s members and local special guests including the band Transmitter who play the length and breadth of the country and were one of the feature guests at last years Old Fort Festival in Portlaoise.

Portlaoise Musical Society has won numerous AIMS (Association of Irish Musical Societies) over the years, including ‘Best Overall Show’ and others for Titanic-The Musical in 2019 and ‘Best Overall Show’ runner up and ‘Best Actor’ (Shane Kelly) for Ragtime in 2020. The society hopes to be able to present another spectacular show in 2021 and this concert is their first fundraising endeavour and a presentation and celebration of its member’s talents for the good of the community in Laois and beyond.

Teac Tom offers a counselling and support service in counties Laois and Kilkenny to individuals and their families affected by suicide or contemplating suicide. An initiative of The Thomas Hayes Trust, the charity receives no government funding and relies on donations and fundraising to carry out its vital work and the society are keen to support this very worthy cause as well as raising much-needed funds for their 2021 musical production.

The Thomas Hayes Trust (THT) CHY 20100490 was established in February 2014 by Angela Hayes, her children, family and friends following the tragic loss of her son, Thomas to suicide (2011) on the anniversary of his Dad’s suicide.

She virtual curtain goes up on the show on Saturday, November 28 at 8pm.

Tickets for the virtual event are priced €12* and on sale from Dunamaise Arts Centre Box Office (Online www.dunamaise.ie or Tel: 057 8663355). The event will be available to view for a limited time after November 28th so book tickets early to avoid disappointment.