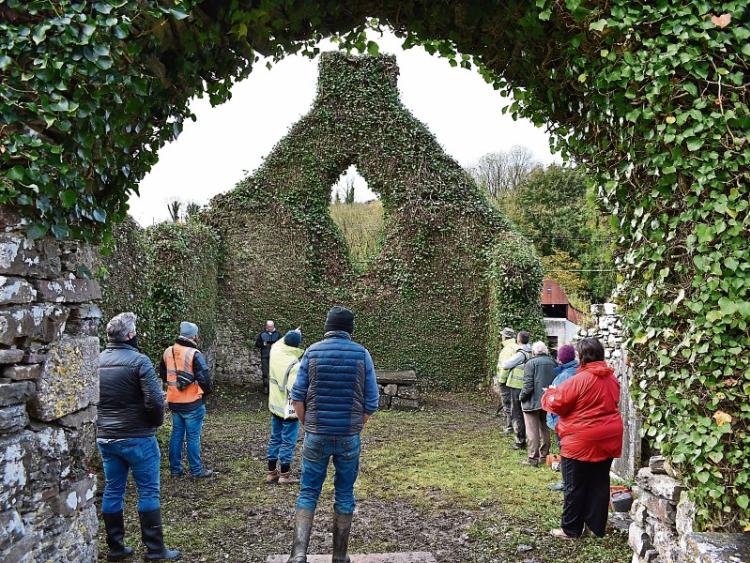 Conservation work is underway at a medieval ruined church in Laois that has links to the famous 16th century Laois clan chieftain Rory Óg O'More.

Ivy removal has started on the 15th century Church at Dysart Gallen near Ballinakill, and experts have converged to write a report that will form the basis of more work to preserve it for hundreds of more years.

The stone walls will be eventually carefully stripped of the heavy ivy that would in time pull them down. This will reveal for the first time in many years the structure of the building and possibly long-hidden stone carvings. It is 60 years since any work was undertaken there.

The site also has rare ecology, such as the Toothwort, a parasitic plant that originated in ancient woodland. 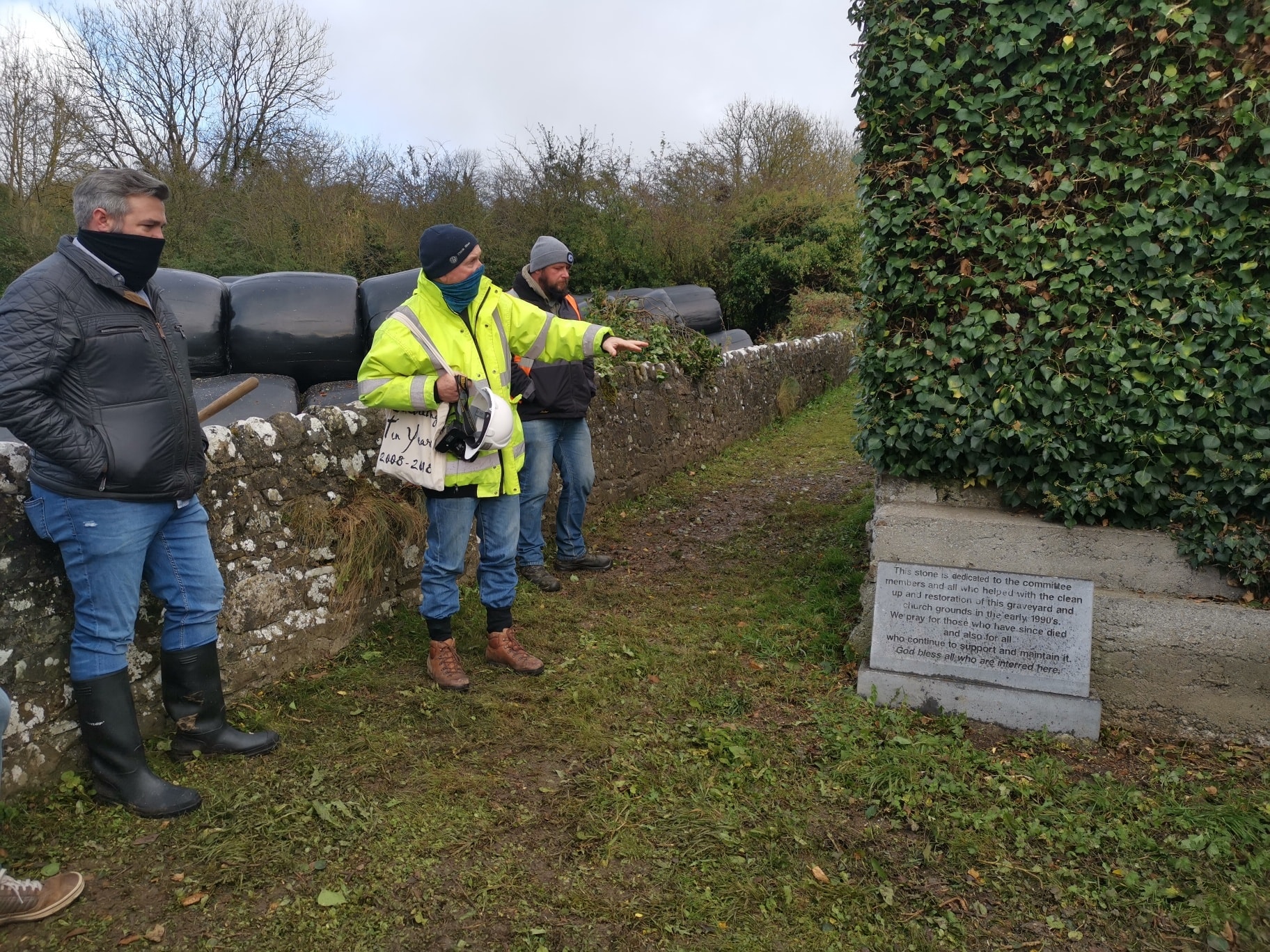 They will together prepare a Conservation Management Plan for the site including an evaluation of the site’s architecture, archaeology and ecology.

The Church is situated in a Special Area of Conservation (SAC) along the Owenbeg River Valley, 3km from Ballinakill.

“It is great to see works are underway at Dysart Gallen Medieval Church. We have a dedicated, enthusiastic and experienced team who will be involved in a Conservation Plan on this unique heritage site, this is another wonderful community-driven project aimed at preserving and interpreting a part of our county's history".

He explains the work.

“This will be used to trim back the substantial ivy growth which has grown over much of the building for many years, allowing the conservation architect and archaeologist to access the building in terms of features and give an accurate date on when it may have been constructed.

"With the Ivy trimmed back they will be in a position to access how the building looked like when it was in use and identify masonry elements which will need to be conserved going forward, to ensure the survival of the building as it emerges from decades of Ivy growth. The total removal of the Ivy will be a staged process and will involve monitoring and repair works over a 2-3 year period,” he said.

Mr Murray explains the history of the church and graveyard.

“The site is associated with the O'More Clan who held lands here during the Plantation Period in the county. An inquisition held in Maryborough on the 17th June 1568 indicates that Rory Óg O’More “Captain of Leyse” held land at Galin with the undertaking that these lands would provide 40 kerne (Irish light infantry) to the crown when required.

“The same document advises that the Vicar of Galen Church was Carroll Mc Teig. It is believed that a substantial Late Medieval settlement was located near the church, which may be detected as part of the archaeological survey which will occur with the Conservation Plan.

“Repair works were undertaken in the 1960s according to the Graveyard committee members who have been involved in the upkeep of the Graveyard over the years.

Local resident and committee member Paddy Peppard keeps a logbook at the site and encourages people who visit to sign their names. Paddy also looks after the cutting of grass in the cemetery,” he said.

“In terms of the ecology, a full report will be undertaken by the site Ecologist Dr Fiona McGowan who has already identified some rare plants such as Toothwort, a parasitic plant which is an indicator of a peripheral ancient woodland species in the area. There are also significant patches of Orchids which are a declining species of plant in Ireland.

“The church is located on an established walking route along Cooper's Hill and accessibility to the site will form an extra attraction for walkers along this route.

“Works on the site for phase one will be completed in mid-November and we are hopeful to apply for another round of funding thereafter, to consolidate the masonry on the building, once Ivy has been removed.

“The ivy if left unchecked will over time result in the collapse of the building especially during stormy weather, so it is vital to remove it as part of the conservation plan going forward,” Sean explained.

He thanks Laois County Council for their support.

“Funding for the project would not have been successful without the support of Laois County Council and the Heritage Officer Catherine Casey,” he said.

Funding of €30,000 for Phase 1 of the Conservation Project was granted under the Community Monuments Fund from the National Monuments Service. It was applied for via Laois County Council by the Dysart Gallen Graveyard Committee and supported by the Laois Heritage Society.

Sean has written a full report on the history of Dysartgallen Church and the Ford of the Cross, available to read on www.laoisarchaeology.ie