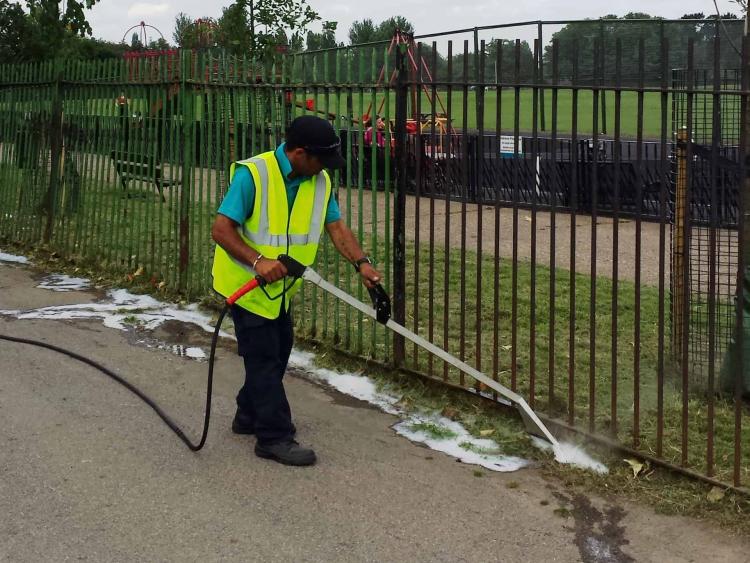 Cllr Aidan Mullins from Portarlington passed on the offer to Laois County Council, asking them to use the company, which has been set up by Pat Galvin, principal of St Patrick's Boys NS in Portarlington.

He tabled a motion to the March meeting of the Graiguecullen Portarlington Municipal District, asking the council to “use a herbicide-free weed control system on footpaths, public parks, playgrounds, shrubs, flower beds etc”.

He suggests the local company which is offering the Foamsteam system, which uses heat and a biodegradable foam to kill unwanted plants.

“This treatment is herbicide free. It is environmentally friendly. It causes no harm to insects or plants. It is made of plant oils and sugars. There is a local company in its infancy that provides this foamstream service. It works rapidly and they say it is cost effective. The school principal Pat Galvin set it up,” Cllr Mullins said.

The reply from engineer Philp McVeigh is that the council is very much in favour.

“Laois County Council would be very much in favour of this approach to weed control and would consider it for a pilot project in a small area to start with. A suitable trial area could also be designated for wildlife supporting biodiversity with information signage explaining the benefits. The Council’s Heritage Section would also be interested in supporting this initiative,” he said.