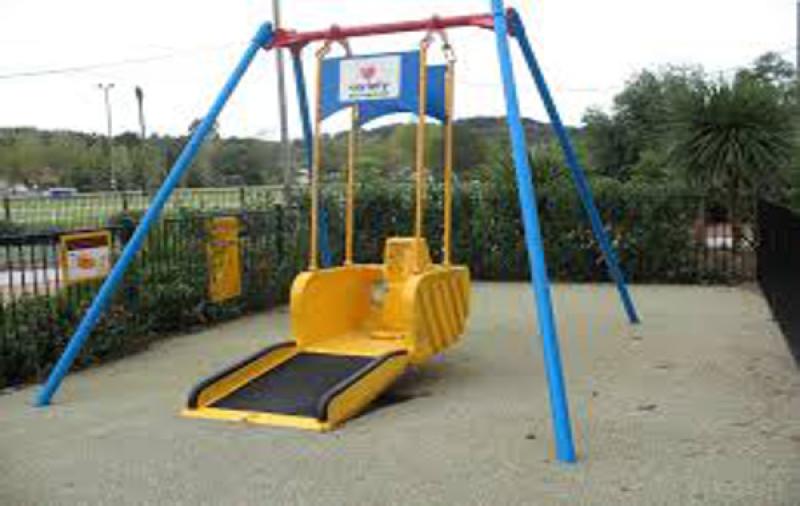 After four years of requesting by public officials, the first ever wheelchair swing is about to be installed in one Laois playground.

The 'inclusive' swing has been ordered from the United States, to be installed at the playground beside Portlaoise Leisure Centre.

The entire playground is also to undergo an accessibility upgrade so that children and adults with special needs can enjoy the same fun as able bodied children.

Laois County Council's Sports and Leisure Officer Anne Marie Maher has given an update indicating that the swing might be in place by August.

"Work will commence on accessibility upgrade in next 3 weeks at Portlaoise Playground. Inclusive swing has been ordered from Landscapes Structures in USA, thanks in part to a recent playground capital grant of €15,000 from Dept of Children, Equality, Disability, Integration and Youth. Delivery and installation will take 6 - 8 weeks."

Her report is in reply to a motion by Cllr Noel Tuohy to the June meeting of Portlaoise Municipal District.

"A couple of places need it. It's just a service that's needed. We need to look after the most vulnerable in society. I've been asking for this for years," he said.

There are 19 playgrounds in Laois, with two more on the way in Borris-in-Ossory and Ballinakill.