Rich tapestry of Laois on display in Rathdowney's songs and poems 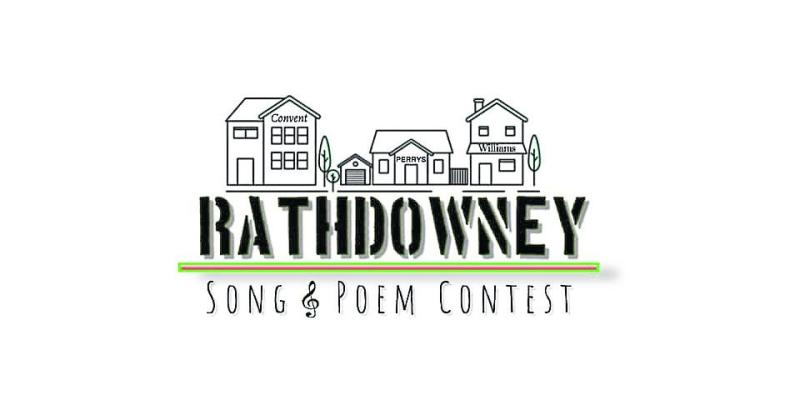 The rich tapestry of community life in Laois is reflected in the winning entries announced by the organisers of the Rathdowney Song and Poem Contest.

The organisers say the contest is a song writing and poetry competition dedicated to bringing the stories and tales of this parish to life. They say it’s a platform to celebrate the art of writing and music and all levels of skill are welcome.

In second place came Brian Hyde with The Ballad of Jerome Watson for which he won €100.

There were two joint third places each winning €25. Painting Rathdowney was composed by Billy Dollard while the Erkina Queen was penned by Joe Hyde.

In the poetry section the first prize of €150 was awarded to Errill written by Anna Somers.

Second prize and €100 was awarded to Michael Creagh for his poem Jack the Swan.

There were joint third awards, each winning €25. Rathdowney Mart “Someone New” was written by George Alley. The May Day Hare was written by Denise Keenan.

In the poetry section, the Finns joined Arthur Broomfield and Jack McDonald.

“This year’s competition started in May and it’s in its second year,” said organiser Hugh.

“The competition continues to promote local stories through song writing and poetry and I have seen a similar amount of entries both years. Poetry is a much more popular entry and both years have seen numbers in the mid twenties,” he said.

“There are almost all new entrants in the poem category this year which is great to see. The song entrants are a little less with around eight entries which is up from last year. It’s slow and steady but the main thing is that people are writing and sending them in and that’s what it’s all about.

“I’d like to think that I will continue to grow the competition and tease out as much songs and poems about the are as possible. I know the local people have a lot more stories to write. However, the thought has crossed my mind to develop it into an All-Laois competition which would be lovely for the county,” he said.

Last year the poem entries featured in a book called “Rathdowney’s Own”. It was produced and published by Hugh Finn, Helen Campion and Nicola Ryan. It is planned to publish something similar in 2021.

You can listen to the songs and read the entered poems at the Rathdowney Song and Poem Contest’s Facebook page.