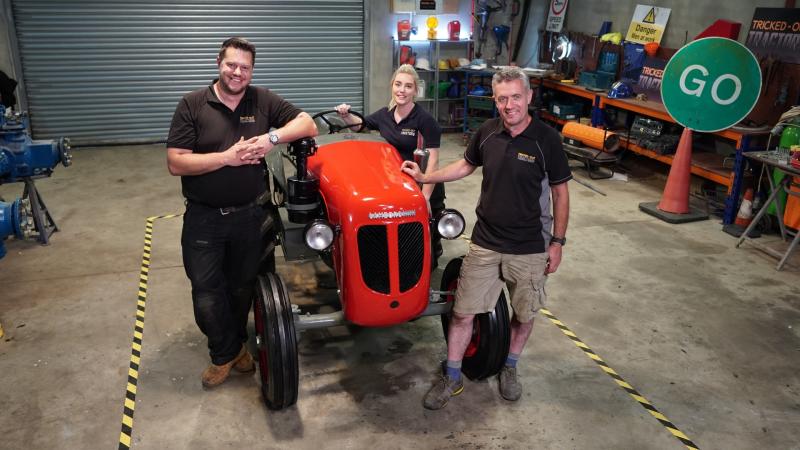 Darren teams up again with master mechanic Tylor Cartin from Co Derry, restoration guru Stephen Lennon from Co Down on a mission to find and restore some of the most sought after tractors around.

Produced for BBC Northern Ireland by Green Inc Television, the team helps tractor owners realise their dreams while getting their hands even dirtier than before. The team shares their expertise, in a bid to transform the ultimate farmyard vehicles.

Together the trio of petrol heads have been working on even more complicated tractor builds, ground-up restorations with cutting-edge designs, all while taking on the pressures of hard to get parts and difficult deadlines.

Viewers will see Darren and the team go wild with paint schemes, get hands on with engine upgrades, have fun out-and-about on the race track and even hit the air and sea.

As Stephen gets stuck in at the workshop, Darren sets off to find some unusual parts for an agricultural vehicle and Tylor travels to England for a very special event. From an American eight-wheel tractor, to an eclectic ‘70s paint job, to one of the first Lamborghini models produced, the TOT workshop once again has been graced with some of the most sought-after tractors around.

The new three-part series begins on BBC One Northern Ireland on Wednesday, November 3 at 8.30pm.