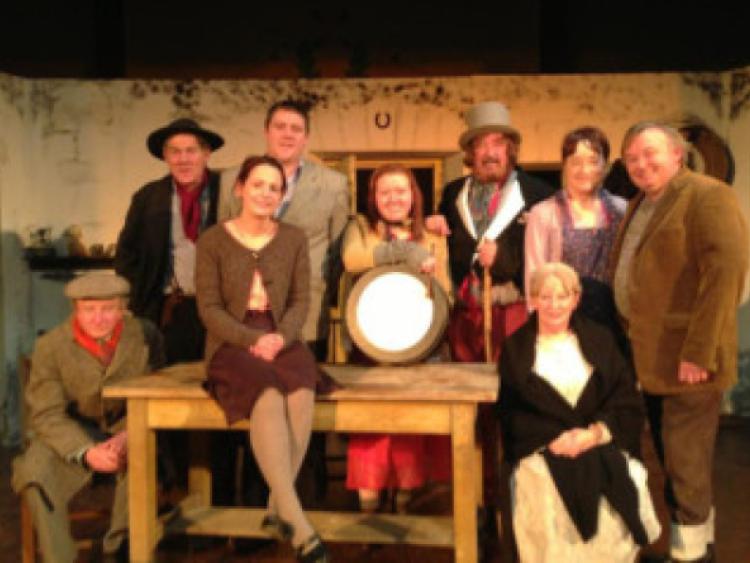 THE Mountmellick Drama Festival concluded on Friday March 15 with Camross Drama Group and Brian Friel’s “The Loves of Cass McGuire” followed by the awards cermony.

THE Mountmellick Drama Festival concluded on Friday March 15 with Camross Drama Group and Brian Friel’s “The Loves of Cass McGuire” followed by the awards cermony.

Chairman of the Mountmellick drama festival and MC for the evening Shay Flannery, thanked all those most sincerely for making the 2013 festival such a success, including main sponsors Mountmellick Credit Union, all other generous sponsors, and SuperValu Mountmellick who donated the audience prize which was won by local man Jimmy Farrell from Drinagh, Mountmellick.

He also expressed gratitude to students and teachers who took part in the school arts competition which was co-ordinated by the Laois County Council Arts Office, Portlaoise Accordian Band who played on the opening and closing nights, members of Mountmellick CCE, Flaherty family Portarlington, and local band who entertained patrons each night of the festival, Mountmellick Community Arts Centre Committee, and finally Ron Lalor, the centre’s caretaker who assisted the groups each day of the festival.

Shay thanked the loyal and generous patrons who attended the performances and hoped that they enjoyed the eight nights of drama and a special word of appreciation to the students who attended Sive on March 12 – a full house. He also thanked the festival committee who helped make the week a success.

The festival was launched on March 8 by GAA President, Liam O’Neill and Kilmuckridge Drama Group with JB Keane’s ‘Sharon’s Grove’ the first play to hit the stage.

The winners in the open section included 1st place - Ballyduff Drama Group with “Dancing at Lughnasa”, 2nd place - Shoestring Theatre Society with “Eden”, 3rd place - Prosperous Dramatic Society with “The Goat or who is Sylvia”.

The adudicators award went to Cathal McElgunn as Bert in “All My Sons” while the Best Set award went to Skibbereen Theatre Society - “The Hen Night Epiphany”.

Fr McNamara officially closed the 2013 festival. The 2014 Mountmellick Drama Festival dates were announced on the night as well and it will run from Friday March 7 to Friday March 14.