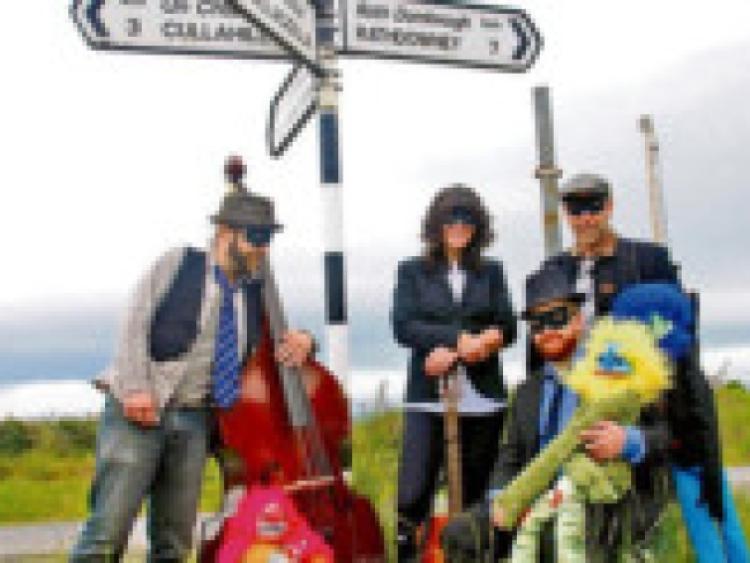 Frank’s Shed fans are in for a treat this Christmas as the group hosts the first of their new format of shows for the new year.

Frank’s Shed fans are in for a treat this Christmas as the group hosts the first of their new format of shows for the new year.

On Saturday December 21, Frank’s Shed TV will be hosting the first of seven live shows in Kavanagh’s Music Venue, Portlaoise.

The crew have made a departure from the norm and have taken series three out of the studio and right into the live music scene. For each of these shows, two bands will come and play (some local and some national), and shoot a show a before playing a live set.

The first Frank’s Shed TV live show will be a dynamic, good time explosion of catchiness and infectious rhythms. The Meanits (formally known as Adela and the Meanits) and Dem Fools revisit the show.

Due to the nature of series three, organisers are accepting some of the bands that were on before to give their audience a chance to actually see them live. For this gig, organisers said: “these two bands fit together like a chubby toddler in a baby grow, pretty damn snug!”

Frank’s Shed TV crew will be throwing a Christmas party on the night with giveaways and gangster style shots. Check out their Facebook page for more.