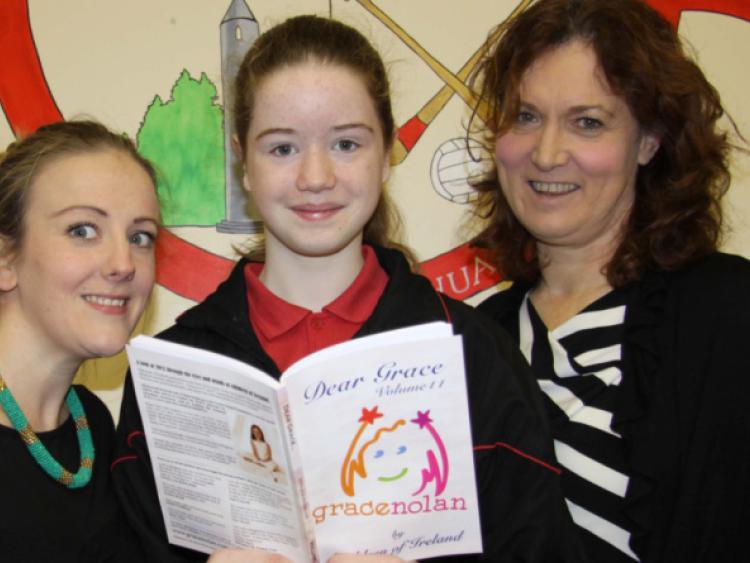 Timahoe NS student Alice Carew, aged 12, was recently announced as a winner of the prestigious creative writing award in the Dear Grace competition.

Timahoe NS student Alice Carew, aged 12, was recently announced as a winner of the prestigious creative writing award in the Dear Grace competition.

Every year, fifth and sixth class pupils from all over the country are invited to enter the competition by writing a letter to Grace, a nine year old girl from Cork whose life was tragically cut short by a rare genetic blood cell disorder called HHT. In their letters they tell her all that has happened in the world and in their lives over the past year. Each letter begins with the words ‘Dear Grace’.

Alice’s letter was one of only 30 winning entries, which was selected by a panel of judges from thousands of letters for publication in the highly popular Dear Grace book.

Her letter was written in a very intimate style, sharing with Grace the highs of Young Scientist and Cumann na mBunscol wins, and the lows of cyber-bullying and illness.

The book-mad student was surprised and delighted to win the award. She believes her success in writing comes from her love of reading, and from “the brilliant creative writing workshops we do at school”.

The Dear Grace books are on sale in bookshops throughout the country.