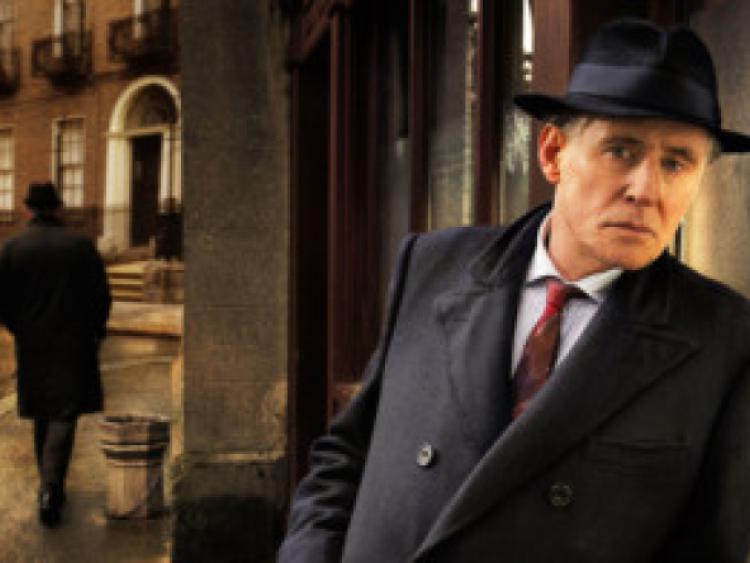 A local antiques company is behind the authentic atmosphere of a new period TV drama starring Irish actor Gabriel Byrne.

A local antiques company is behind the authentic atmosphere of a new period TV drama starring Irish actor Gabriel Byrne.

Quirke is a three part crime mini series that began last Sunday night on RTÉ, based on John Banville’s novels.

Byrne plays a chief pathologist turned crime solver, working in the city morgue in 1950s Dublin, described as “a rich and smouldering world along whose smoky streets and damp alleys Quirke goes from bars that glimmer with peat fires and whiskey to elegant Dublin houses brimming with sexual tension”.

The Storeyard, run by David Keane, is based in Kea Lew business park on the Mountrath road.

They deal in architectural salvage and antiques and were requested to source many of the period shop displays, furniture, lights and textiles for the drama.

“We are involved with a lot of Dublin companies, either selling or long term renting props. We also supplied the Titanic museum in Cobh with luggage, lighting and a steamer bench,” she said.

The company also sourced the props for the recent Peter Pan movie.

That series is being filmed in Ardmore film studios in Wicklow, directed by Sam Mendes and starring Josh Hartnett, Eva Green and Billie Piper.

“It is a challenge to find some of the props, but it is very interesting. Old shop displays and glass counters are most difficult to source,” Dee says.

They had the honour of furnishing the VIP marquee at the Electric Picnic festival last summer, visited by Bono.

Their fully furnished oak panelled room upstairs in the shop is a popular venue for fashion and photo shoots, used by Portlaoise fashion designer Heidi Higgins.

The shop itself is a treasure trove of everything from vintage clothes to confession boxes and stuffed creatures.

“We have a lot of unusual items, we source them at fairs in Ireland, the UK and France,” Dee said.

In the centre of the shopfloor is Tynan’s restaurant. The Storeyard is on facebook.