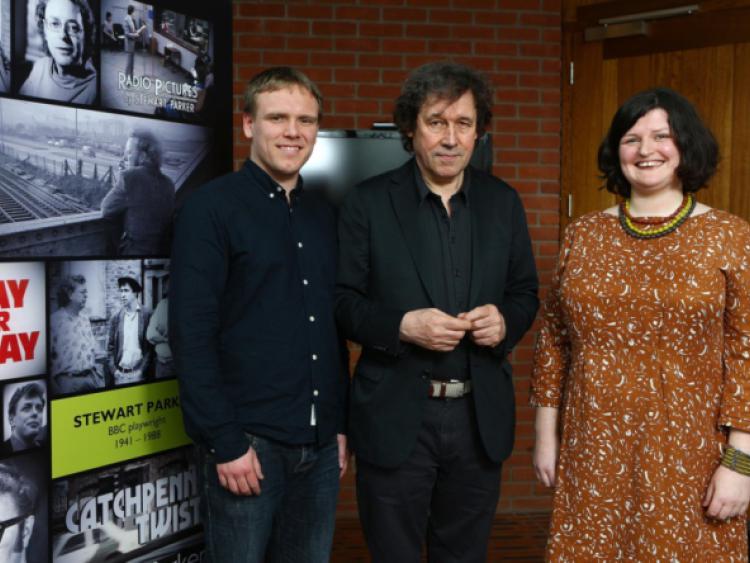 Laois woman Kate Heffernan has been recognised for her creativity and hard work at the 2014 Stewart Parker Awards for new playwrights.

Laois woman Kate Heffernan has been recognised for her creativity and hard work at the 2014 Stewart Parker Awards for new playwrights.

The awards were presented by Stephen Rea, a Trustee of the Stewart Parker Trust.

Set up in honour of the late Belfast playwright, Stewart Parker, the Stewart Parker Trust seeks to encourage new writing for the theatre in Ireland. Two BBC Northern Ireland awards have also been established in Stewart Parker’s memory and form part of this annual initiative. This year marks the 24th year of the Awards.