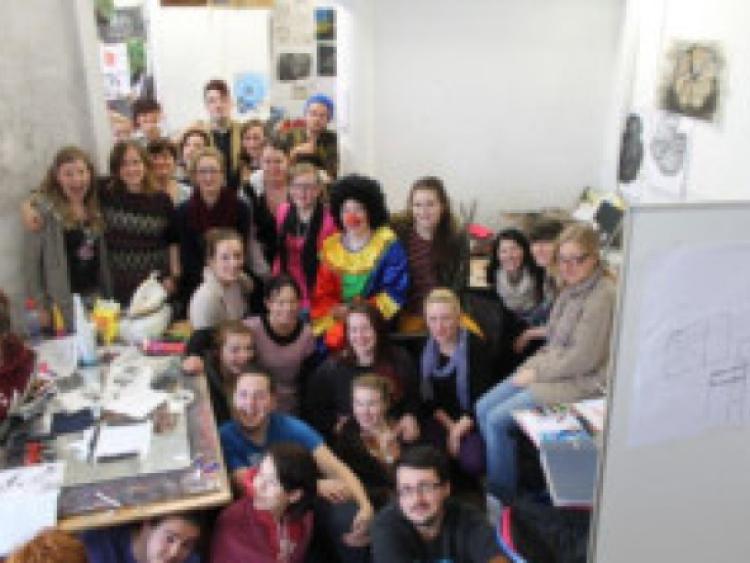 LEVEL 5 students studying art, craft and design in Abbeyleix FEC have recently released a series of viral videos made to show outsiders what life is like in the college.

LEVEL 5 students studying art, craft and design in Abbeyleix FEC have recently released a series of viral videos made to show outsiders what life is like in the college.

Created as part of their work practice on their course, the students worked alongside graphic designer Dave O’ Callaghan of Doc Designs to create the video. Previous to this, students have completed projects including books and performance, but they decided this year that a digital platform was a topical subject matter for the centre.

The video aims to give the viewer an idea of how the college and studio feel as people are walking around it, and captures the great energy of both the staff and students as they work in the studio and beyond.

Course co-ordinator Jackie Carter was delighted with the finished results. “I am extremely proud of the work done. It goes above and beyond my expectations”, she said.

Students Gavin Doheny and Laura Dunne were also delighted with the project. Laura said that although the students weren’t familiar with the processes at the beginning of the project, they learned a lot. “We did stop motion animation - we took hundreds of pictures and put them all together. It was like working for the week, really intense and it involved everyone in the centre”.

Gavin said that although the group worked to deadline, the project came out exactly as the students wanted. It can be seen on Abbeyleix Art Department’s Facebook page and on their own website, as well as on the centre’s website, www.abbeyleixfec.ie.