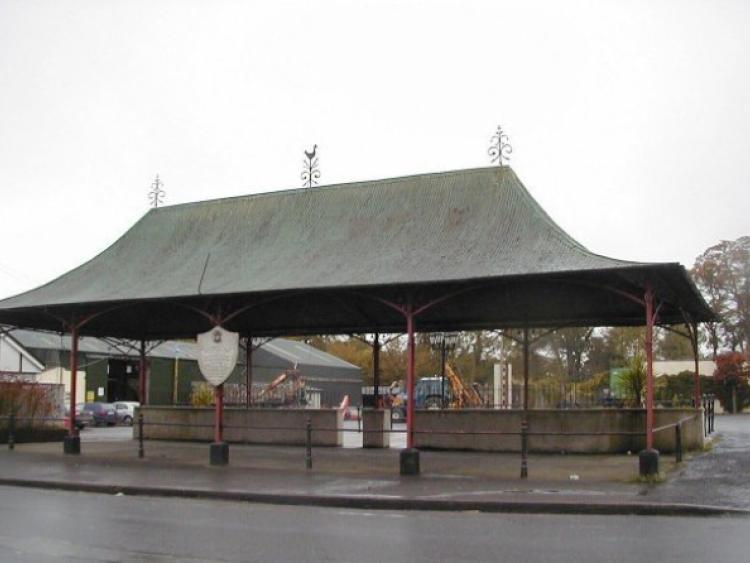 IF only it could speak--Stradbally Market House.

IF only it could speak--Stradbally Market House.

In situ since 1899, it has seen generations come and go, the demise of horse transport and the triumph of the internal combustion engine, the passing of the ascendancy and the rise of the middle class.

Upto recently, the Market House--described by an architect as “unique for this building type in Ireland”--was itself in mortal danger. Corroded, rusted, leaking, with paint flaking and parts missing, it seemed to have been forgotten by the people of Stradbally.

To make matters even worse, planked right beside the historic structure were the ugly public toilets.

Then, just in time, was formed the Stradbally Market Place Restoration Committee. Chaired by James Deegan, it commissioned a plan for the Market House. Aptly, a Laoisman wrote the blueprint--conservation architect Richard McLoughlin, from Ballybrittas.

Even better, funds are in place for the rejuvenation of the Market House and soon it will be back in pristine condition, a silent witness of history for another century or more. And the public toilets will be demolished. Removed, too, will be incompatible modern additions to the square.

Minister of State Brian Hayes launched the conservation plan at a very appropriate setting--Stradbally Hall. One of comparatively few Big Houses still in family use, it, like the Market House, was until a few years ago facing a grave existential crisis. Now, thanks to the commitment of Thomas Cosby, the Hall’s future seems to be assured.

It is believed that his great-grandfather, Robert G Cosby (1837-1920), was involved in the construction of the Market House. It was erected to the memory of William Perceval who served as Medical Officer of Stradbally Dispensary District for 54 years. He was reared at Woodville, near Maryborough, a house currently in the possession of the Odlum family. He died in January 1899.

In an article in the Laois Heritage Society Journal (Volume Six), James Deegan suggests that the Market House’s purpose may have been more than to commemorate Dr Perceval. It may also have been intended to mark “the passing of the old social order”--the transition from the landlord-controlled grand jury to the County Council.

As James Deegan notes, they are now resting close to each other in their respective family graves in Oakvale cemetery.

Last word to James Deegan: “After all those years the Market House still stand proudly, if somewhat dilapidated, on Main St, on The Market Square, Stradbally, and the Memorial to the good doctor occasionally arouses the curiosity of the passing public.

And as they linger and read the inscripton, few can imagine the changes that have taken place in the town of Stradbally since it was erected in 1899, and the circumstances in which it was built,”