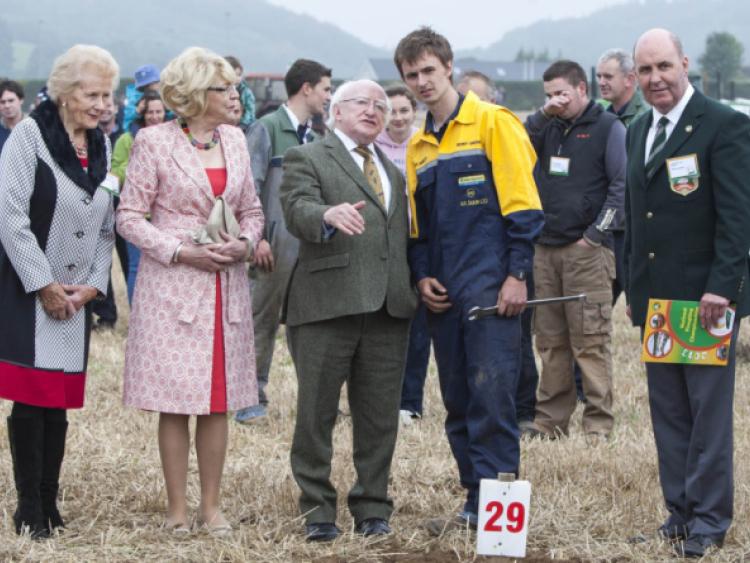 In the past few weeks Laois hosted the most successful and biggest National Ploughing Championships to date.

In the past few weeks Laois hosted the most successful and biggest National Ploughing Championships to date.

While local people played a vital role in hosting the event it is clear the that without Laois native, Anna May McHugh, its MD, the event would not be what it is today. She believes that local newspapers are vital in communities and helps the ploughing.

“Local newspapers help sew Ireland’s cultural fabric, the importance of local press to the National Ploughing Association and the ploughing championships at community, national and international level cannot be underestimated and is very much appreciated.

Everybody can access the local newspapers in their local shop and indeed online these days and to have ploughing news in that mix among all the articles is beneficial to all.

Local newspapers play a vital role in the communities they are based in. To a far greater extent than national or even regional newspapers as the reporters who staff them have their ears to the ground and understand what is important to local people. Many a national journalist cut their teeth in their own local newsroom, the breeding ground for a number of Ireland’s most high profile and legendary journalists who frequent the press room at the championships year on year.

In addition to writing stories about what would ordinarily be regarded as newsworthy, local newspapers are close enough to communities that they cover important milestones and events in the lives of local people such as the homecoming of this year’s World Ploughing Champions, John Whelan and Eamon Tracey which was largely ignored by the mainstream media.

In relation to our 2014 championships in Ratheniska, The Leinster Express helped get our message across to the local community, ran advertisements and editorials on ploughing and published vital information such as our traffic and site plan. All this coverage aids the overall success of the event.

I am in no doubt that every ploughing enthusiast countrywide was happy to pick up a copy of their local paper in the shops this week to view both the comment and more importantly the photos from the ploughing.

Long may both last!”