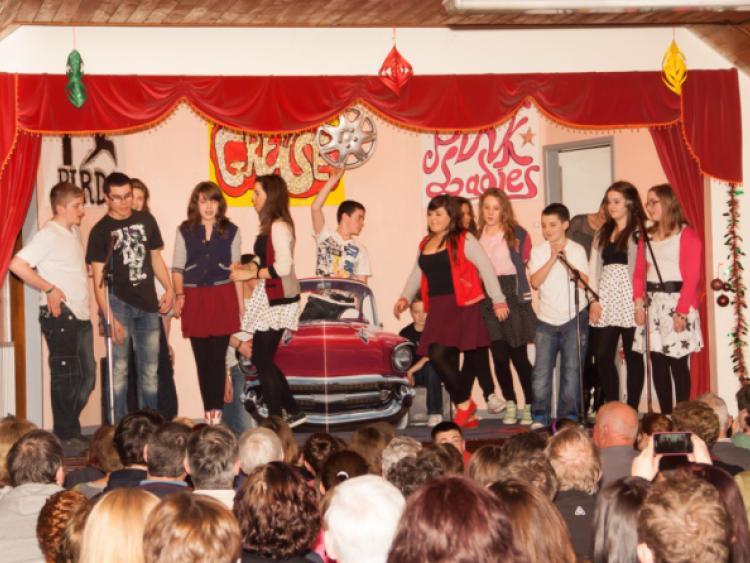 Following weeks hard work and practice at rehearsals the Borris-In-Ossory Youth Club set off for the Watergate Theatre in Kilkenny on Sunday last December 1 to compete in Ossory Youth Mini Tops competition.

Following weeks hard work and practice at rehearsals the Borris-In-Ossory Youth Club set off for the Watergate Theatre in Kilkenny on Sunday last December 1 to compete in Ossory Youth Mini Tops competition.

When the results were announced Borris-In-Ossory was the winner of the Comedy Sketch, while the Solo, Traditional music and Group Performance were all awarded 2nd place. Presenter Peter Hennessy was presented with a plaque as 2nd best presenter of the day. Congratulations to all the members on their performance and sincere thanks and congratulations to our Musical Director Patricia Scott for her wonderful work.

Plans are now well underway to run a Variety Concert on Saturday December 28 in Killesmeestia Hall. All of the above acts will be performed at the concert. A number of local Clubs and Groups will also be performing Music, Song and Dance acts. It promises to be a great night’s entertainment with admission just €5, so please come along and enjoy. #