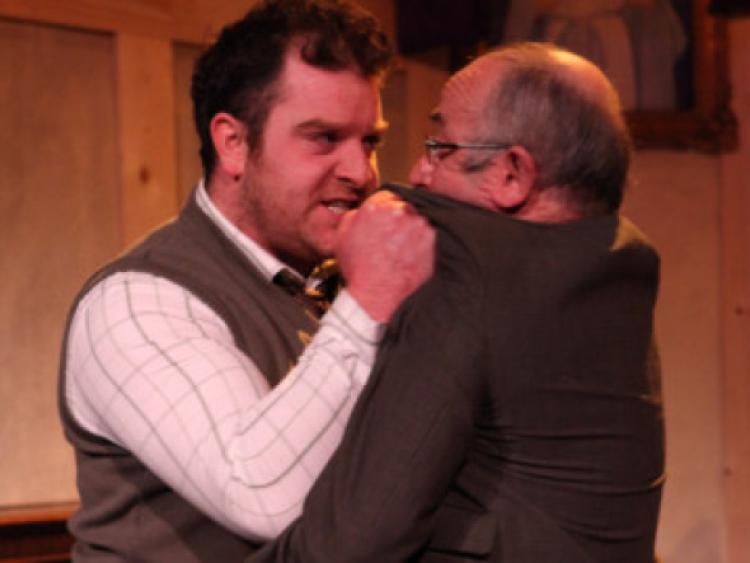 Its that time of year again, when local theatre lovers get to experience some of the most talented groups in the country perform right on their own doorstep.

Its that time of year again, when local theatre lovers get to experience some of the most talented groups in the country perform right on their own doorstep.

This year’s Mountmellick Drama Festival, sponsored by Mountmellick Credit Union, will take place in the community arts centre from March 7 to March 14.

The Mountmellick Drama Festival took over the running from Laois Drama Association back in 1991, this is their 24th Festival. The first adjudicator was Chrissie Poulter a lecturer in the School of Drama at Trinity College Dublin. The Festival was held in the CYMS – now in the comfortable surroundings of the refurbished Community Arts Centre.

The festival has always run for eight nights which means that since it started back in 1991 with the exception of 2001 when just before “curtain up” all festivals were cancelled (Foot and Mouth crisis) 182 plays have been on the Mountmellick Stage already. The plays had average of 25-30 people travelling with each production meaning that over 5,000 people have visited Mountmellick and taken part in the festival.

Each festival runs an open and confined section and this means there are two competitions within the one festival and there are four plays in each category (unless granted an exemption) and each performance is adjudicated both publicly and privately by a Council approved adjudicator.

The Amateur Drama Council of Ireland (ADCI) is the federation of amateur drama festivals for the whole of Ireland - North and South. The festival is run under the auspices of Amateur Drama Council of Ireland (ADCI) and is a qualifying festival for the All-Ireland Open Finals which are held each year in The Dean Crow Theatre in Athlone. The Confined All-Ireland Final rotates through the Provinces and this year will be held in Claremorris, County Clare.

Groups from all over the country have taken part in the Mountmellick festival and this year organisers had over 30 applications for the festival.

Season tickets for eight nights cost €50 and nightly tickets are €10.