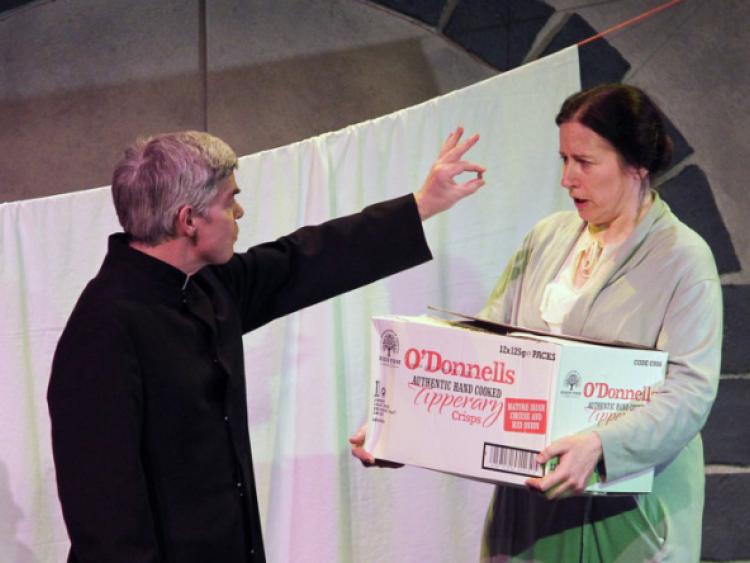 The Dunamaise Arts Centre will be hosting The Bridge Below The Town on Friday March 7 and saturday March 8.

The Dunamaise Arts Centre will be hosting The Bridge Below The Town on Friday March 7 and saturday March 8.

Love will survive of us all. In this new play, set in the colourful, innocent world of 1950’s small-town Ireland, GOLLY Murray discovers this gratifying truth. Almost broken by the travails of life’s struggles, she and her husband Patsy are seen to triumph over adversity in the most extraordinary and uplifting way.

From the team that brought audiences The Dead School comes a rollercoaster production about life, love, Butlins and Nuns who make Marla Men all to the beat of a classic soundtrack.

Pat McCabe the acclaimed writer of The Butcher Boy, Breakfast on Pluto, and Winterwood has once again joined forces with director Padraic McIntyre. Following their hugely successful partnership on The Dead School which was regarded as one of the theatrical highlights of 2010 having been nominated for three Irish Times Theatre Awards touring to full houses nationwide before playing at Dublin Theatre Festival and The Tricyle Theatre, London, the pair have reunited to bring a New play by McCabe The Bridge Below the Town to the stage in a production by Livin’ Dred.

Visit www.dunamaise.ie for more information or to book tickets.