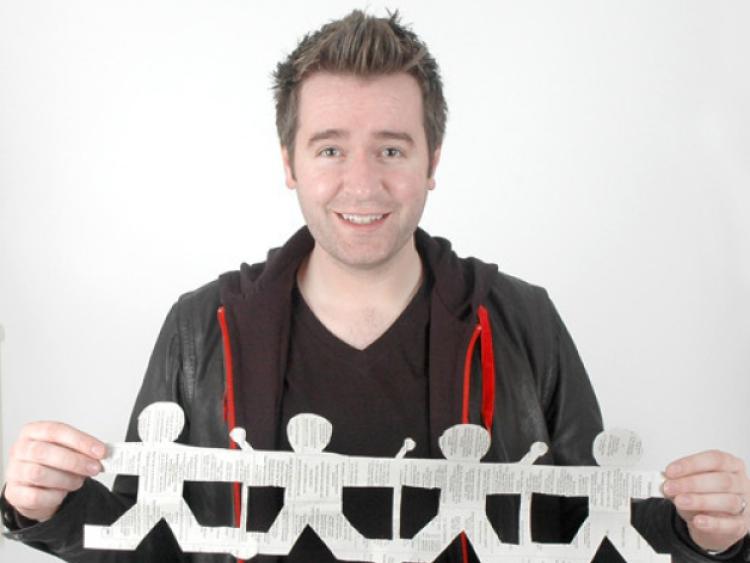 KILDARE comedian Jarlath Regan will be performing in the Riverbank Arts Centre in Newbridge on Saturday July 13.

KILDARE comedian Jarlath Regan will be performing in the Riverbank Arts Centre in Newbridge on Saturday July 13.

The centre will be hosting a night of stand-up comedy from the Newbridge native. Fresh from appearances on Russell Howard’s Good News, How To Win The Eurovision and Comedy Central, Jarlath returns to his home town for a very special night of laughs and craic.

In the past few years he also has appeared The Panel. He recently completed his second illustrated book of his twisted greeting card collection which was published by Transworld Ireland for Random House in April 2011. The first book, “How To Break Bad News” became an instant best-seller and something of a cult classic. In January 2009 he also made a little bit of history by becoming the first comedian to record a live album in Dublin’s Comedy Cellar.

A fixture on the UK comedy circuit and author of two best-selling books, Jarlath has performed at the Montreal, Melbourne, Kilkenny and New Zealand comedy festivals. Back for one night only, Jarlath will perform his brand new show one final time before taking it to the Edinburgh Fringe in August. Tickets are priced at €15 and are available now.