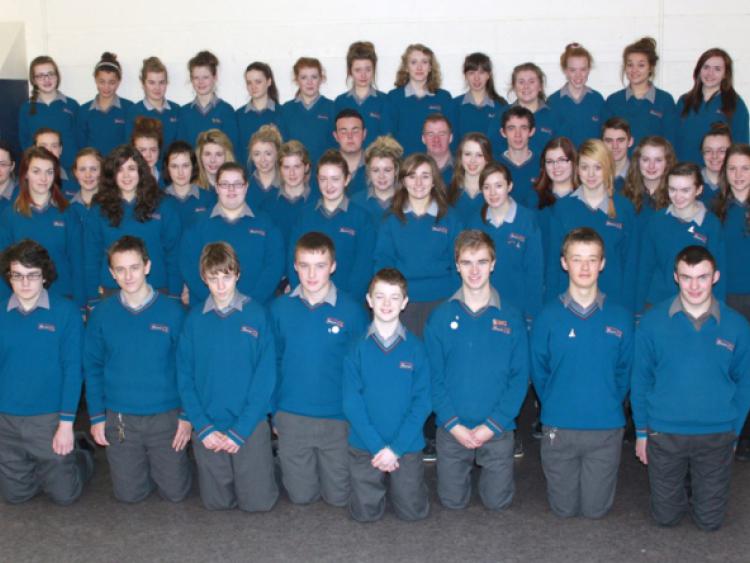 It was a proud moment for Heywood Community School Choir as they performed in the High Achiever Awards Leinster Concert in Mullingar on Sunday November 10.

It was a proud moment for Heywood Community School Choir as they performed in the High Achiever Awards Leinster Concert in Mullingar on Sunday November 10.

The choir had got there due to their outstanding performance in the Leinster exams of the Royal Irish Academy of Music.

Some 42,000 individual acts had entered the competitions this year and from that 16 acts were selected for the High Achievers Concert. Heywood had achieved an impressive score of 92 and a distinction in the competition and examination in Dublin.

This meant they were a Silver Standard Choir of notable achievement. Then they were called to a further audition for High Achievers in the Royal Irish Academy of Music in Dublin and from this were selected to appear in the Mullingar event.

Following their performance they were awarded medals to record their achievement. The choir performed the Chattanooga Choo Choo song written by Harry Warren and Mack Gordon and popularised of course by the great Glen Miller.

This arrangement was by Peter Scmutte and piano accompaniment was by Catherine Hyland with the choir directed and conducted by their inspirational conductor Geraldine Ryan.