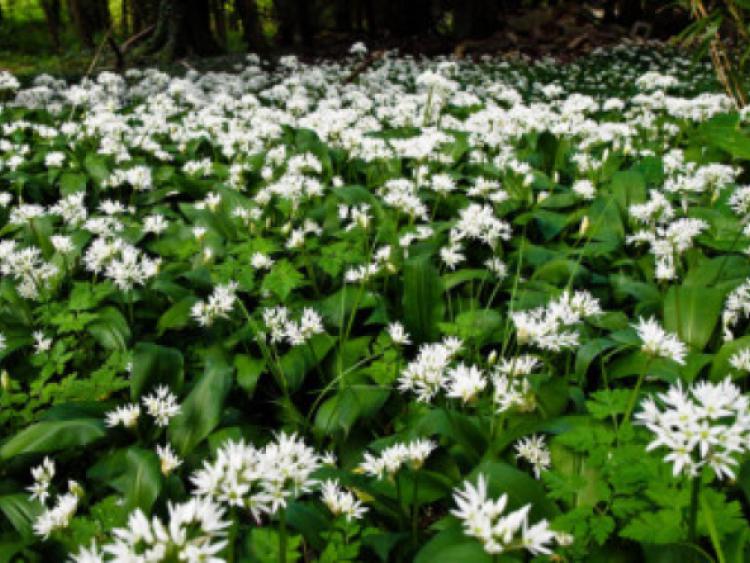 The clocks have been put forward and an hour gained in the evenings! April is here and there are noticeable changes afoot throughout the countryside.

The clocks have been put forward and an hour gained in the evenings! April is here and there are noticeable changes afoot throughout the countryside.

Lawns have had their first cut and the farmers have been spending long days and nights ploughing the fields in preparation for this year’s crop. But it’s not just the farmers who have been busy!

With the soil heating up by the day and the last real frost gone there is a noticeable surge in wildflowers this month. Ramson (Wild Garlic) is now well on its way and by the end of the month its scent will fill many forest floors. Watch out for its clusters of delicate white flowers (photo below). This is an edible species and used by many to make pesto, in salads and as a more subtle replacement for shop bought garlic. Bluebells are on their way and will soon steal the “botanical” show. Wood Anenome and Primrose are found in woodlands and along old hedgerows whilst soon our fields will be laden with Cowslips.

Over the winter there has been a noticeable absence of large numbers of wild birds in our gardens but this can be explained due to the mild winter resulting in more food than usual being available in the wider countryside. Birds are now down to the business end of spring with many resident species already incubating first broods. Migrants from Africa have started to arrive and join the morning chorus.

Cuckoos being the most well known but are hard to come by these days, parts of the Slieve Blooms being a local stronghold for the species. Listen for the Chiffchaff so called for it’s very easy to remember repeated “chiff -chaff” song. Blackcaps and Willow Warblers are arriving all the time from Africa and believe it or not the first Swallows have been sighted!

Mammals are now far more active, this results in a brief increase in road kill through April as species such as hedgehogs go on the hunt for mates and breeding sites. Badgers setts are spring cleaned, the winters bedding pulled out and replaced with new material. The old bedding can be seen near the entrances to active setts and can be fairly obvious.

Frog spawn has now transformed to its next stage of life, tadpoles fill our ponds and drains but have a long way to go before reaching the relative safety of adulthood. Small Tortoiseshell and Peacock butterflies are on the wing this month, they will soon lay their eggs on nettles (food plant of these caterpillar species) so don’t be too hasty to spray or chop back your nettles!

In your garden why not leave a patch of the lawn un-mowed to encourage wild flowers and the associated bees and butterflies. Don’t be too hard on Dandelions as they provide an early nectar source for bees.

Ricky Whelan is from Mountmellick, he graduated in 2008 with a Zoology Degree from NUI Galway. He has since spent a number of years working for the RSPB in wildlife conservation and reserves in the UK. Ricky now works for BirdWatch Ireland and is the Chairman of the Laois/Offaly Irish Wildlife Trust Branch.