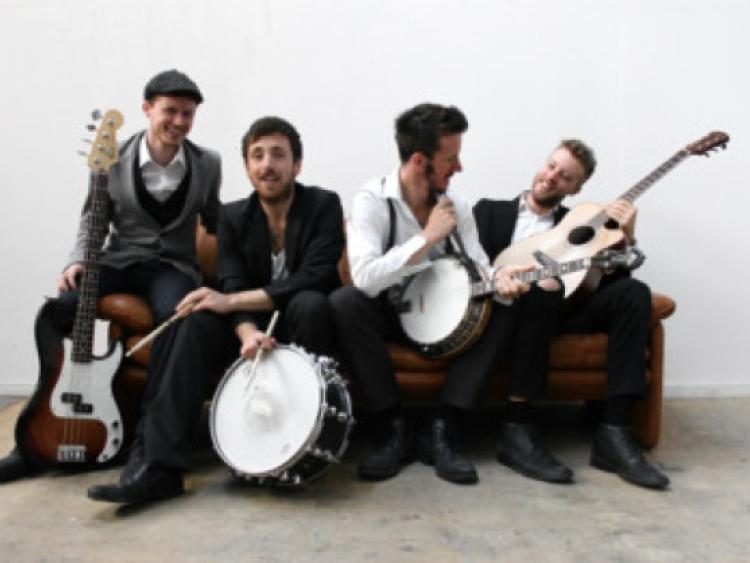 Irish folk band The Led Farmers bring their brand of craic and ceol to Kavanagh’s in Portlaoise this month.

Irish folk band The Led Farmers bring their brand of craic and ceol to Kavanagh’s in Portlaoise this month.

The Led Farmers are a four-piece folk fusion act from Ireland currently based in Switzerland, who spend most of their time traveling and performing around central Europe.

This January however, they come back home after a year away to launch their second studio album.

Much of their repertoire is chosen from the powerhouses of Irish folk music, such as The Dubliners, Planxty and The Pogues.

It is within their fresh arrangements and live performances that The Led Farmers are best known. They also write their own material and are known for giving the odd pop song a folk twist.

With Ross O’Farrell on vocals, guitar and lilting, Brendan Walsh on vocals and banjo, Patrick Shortall on vocals and bass, and Glenn Malone on vocals, percussion, and bodhran, The Led Farmers are a young band with a classic Irish folk appeal and this is a show not to be missed.

The Led Farmers take to the stage of Kavanaghs on Saturday, January 24, at 9.30pm. Tickets are priced €12 and are available now.