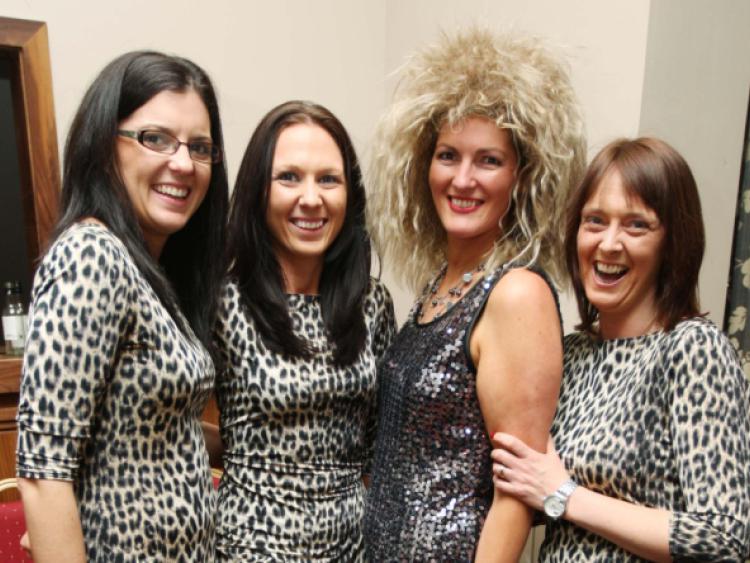 The stage is set for the much anticipated Stars in Your Eyes show which will take place in The Castle Arms Hotel, Durrow on Saturday November 23.

The stage is set for the much anticipated Stars in Your Eyes show which will take place in The Castle Arms Hotel, Durrow on Saturday November 23.

This year’s show will be the biggest to date with over 25 acts taking to the stage, including many new faces both in terms of performer and acts.

This year’s line-up has something for everyone and includes Johnny McEvoy, Jessie J, Nathan Carter, Beyonce, Tommy Makem, Imelda May, Jason Mraz and Beyonce to name but a few.

The event which is run by the Durrow Development Forum is now in its fifth year. Proceeds from previous years have been used to fund landscaping works particularly daffodils and beech hedging on the approach roads into Durrow. Proceeds from this year’s event will see this project completed when works on the Swan Road are undertaken.

Evelyn Clancy, Chairperson of the Durrow Development Forum said that the event is one of the highlights of the year.

“It is such a fun event and with over 300 people in the audience each year, the atmosphere is great”.

However this will be the final year of this event for a while.

“We have made a decision that this year will be the final Stars in Your Eyes in the current run and we will take a break for a year or two. The landscaping works on the approach roads will be completed this year, so all our artists can take a well deserved rest for an year or two”.

Evelyn thanked to all the acts who have performed over the years, especially Billy White without whom the show would not be possible.

Doors Open at 8.30pm with performances commencing at 9pm sharp. In line with licensing laws, this is a strictly over 18’s event. Admission is €10.