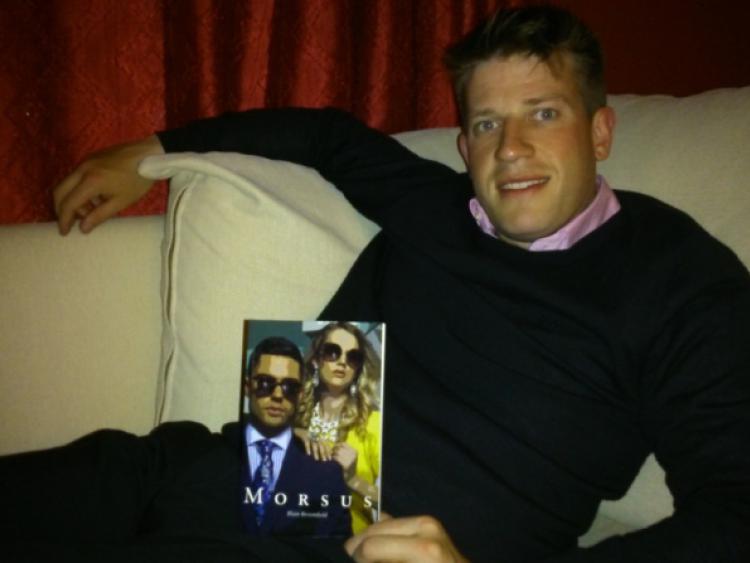 ‘Morsus’, written in a “stream of consciousness” style, follows four students around campus as they pursue a party lifestyle, redolent with sex, drink, drugs and designer labels, set in 2007.

Blain, son of writer Arthur Broomfield, wrote the book after he graduated with his degree in politics and economics from UCD in 2010.

It is “semi-autobiographical” he says, while adding that he didn’t take drugs himself.

“It is about a young man who goes to university, going back and forth from urban to rural life,” he says.

The 100 page novella is in the style of Bret Easton Ellis, author of American Psycho.

It is available in paperback from publishers Original Writing, and as an Ebook through Amazon.co.uk with already positive reviews.

“A delightful first novel, pacey and thrilling, with a wonderfully sarcastic undercurrent continually piercing through the haze of the drug addled and drunken youth it depicts,” says one Amazon.co.uk reviewer who gave it five stars.