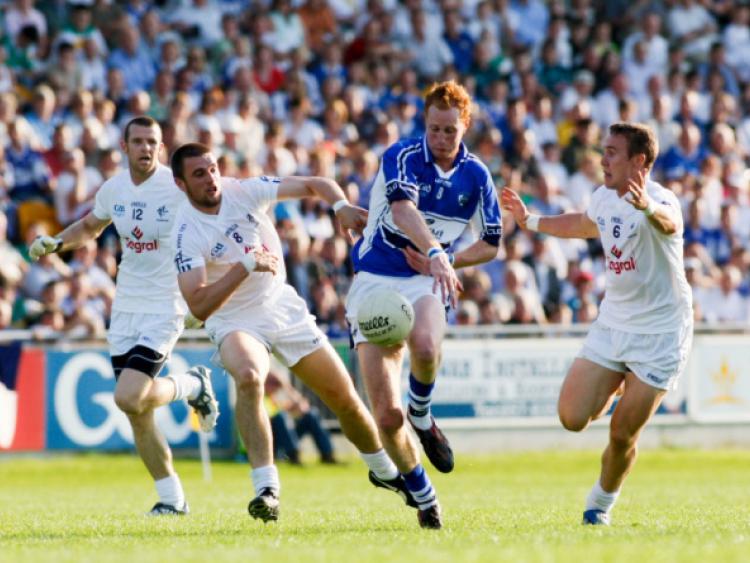 Laois Gaelic footballers do not come much more loyal to their jersey than Padraig Clancy.

Laois Gaelic footballers do not come much more loyal to their jersey than Padraig Clancy.

For more 14 years he has represented his county jersey with pride through thick and thin in O’Moore Park and in the four corners of Ireland. The former All-Ireland winner at underage level is also a proud clubman representing his club Timahoe at all levels for most of his life.

We are honoured that Padraig, who is now sales representative with Joe Mallon Motors in Portlaoise, has taken time to contribute to Local Newspaper Week.

“The role of the Leinster Express newspaper is of the utmost importance to local society in the county.

It is the only lifeline that some people have to reflect on local and county GAA games.

It is also regarded as one of the top regional newspapers and is well supported locally.

For people who cannot attend the games due to various reasons it is their “Bible” as to local team selections and player performances.

I think the coverage of the Inter-county scene in both codes in the Leinster gives a detailed account of team and player performance due to the fact that the reporters are local and clued in to the scene.

The club coverage in the Leinster is vital as each team gets an opportunity to showcase their players at their respective levels.

Most players will wait in anticipation for the paper to read up on their individual and team performances weekly this is of the up most importance for club sustainability.

In my experiences and dealings with various reporters in my 14 year career with Laois I found them to be honest and trustworthy and at all times they had the interest of County teams to the fore.

They criticised us where it was needed and praised us when we deserved it, sometimes we used the criticism as a fuel to enhance both team and player performances.

I find that the coverage of the Cumann na Bunscoil games and finals very interesting and this coverage is vitally important for the future of Laois Gaels. Parents and children alike await to see both reports and pictures in the paper following various games and finals.

This profiling of under-age games is essential at grass root level as we compete against soccer and rugby.

In the twilight of my career I can rest as sure that I have many a happy Tuesday morning ahead reading the Local news and sport and see who takes my jersey!”