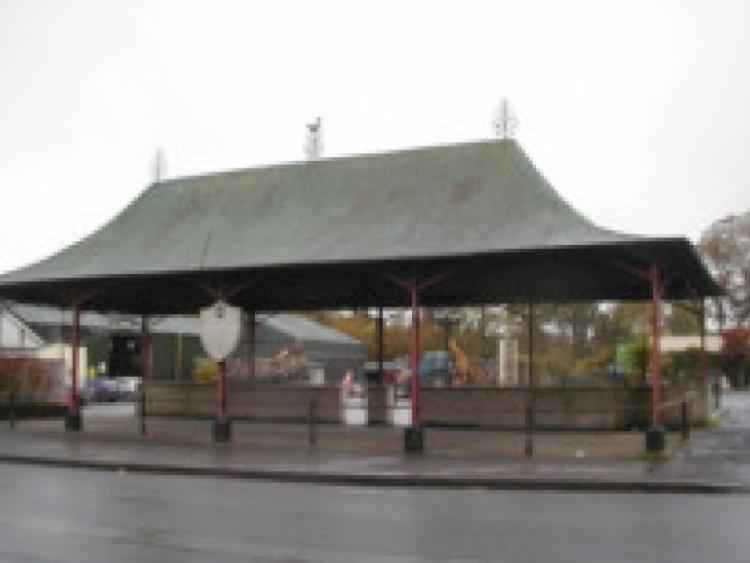 Stabilisation is the priority when a patient is seriously ill. Next is the groundwork or preliminaries prior to the operation.

Stabilisation is the priority when a patient is seriously ill. Next is the groundwork or preliminaries prior to the operation.

And so it is with Stradbally Market House. Back it has come from the edge of the grave and it is now fit for major surgery.

The Pagoda-style structure has been a feature of Stradbally since 1899. It was erected in memory of Dr William Perceval who served in the local dispensary district for an astounding 54 years.

“The Market House is a protected structure and the original features, where possible, have to be retained. This includes the roof. To allow for the retention of the major part of the roof it is intended to sandblast the surface and immediately apply a primer coat of paint both inside and out.”

Cllr Deegan said a special process would be used to seal the damaged sheeting. New sheeting would be fitted to sections of the roof that could not be repaired.

Cllr Deegan said paving of the floor and cutilage would follow the roof repairs. It was, he continued, intended to reinstate the old hand pump and drinking trough, complete with water harvesting facilities.

A Laois Partnership Company grant was funding the project, he added.

Senior Executive Engineer Orla Barrett: “It is a brilliant project and great that this item of history will be maintained into the future.”

Staying in Stradbally, Cllr Deegan said toilets on The Green were completed and a caretaker had been secured.

Phase two of the development would be floodlighting and CCTV in the playground and activity park, he stated.