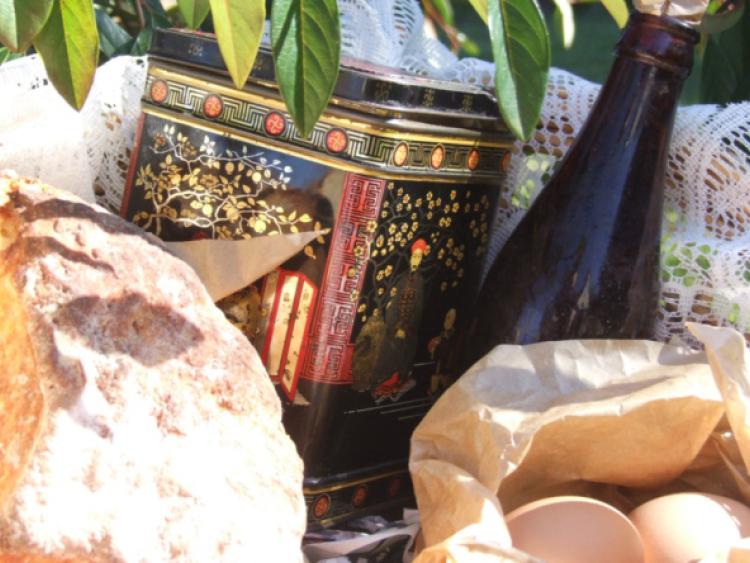 My Grandmother used to say ‘Heat is half your food’, meaning hunger isn’t half as bad when you’re warm.

My Grandmother used to say ‘Heat is half your food’, meaning hunger isn’t half as bad when you’re warm.

The Memories Exhibition and Book Launch by Doreen Bourke takes place on Friday February 28 in Enas at the Mill, Mountmellick.

Doreen is a self taught resin artist, glass painter and photographer, who takes inspiration from her photography of the bog. She is based in Bogcotton Studios near the Slieve Bloom Mountains in Co Laois.

“I produce a range of Resin Art inspired by the changing colors of the bog throughout the year. And just like nature, no two are the same.

“I collect shells, acorns, seed heads and anything natural that will work with the resin. I also like to use beads and cultured pearls to compliment the natural elements in my work,” she told the Leinster Express.

The title of Doreen’s book is called Heat is Half Your Food, inspired by an old saying from her Grandmother.

“I could not do this book without mentioning my Grandmother who was a great cook and optimist. She used to say that ‘Heat is half your food’ meaning hunger isn’t half as bad when your warm. This got me thinking, a day on the bog was exactly that!” she said.

The book is not about the flora or the fauna of the bog, but about the memory of food, of family, and of home.

“It’s a memory book, for anyone who has been to the bog and had tea, not tea out of a flask but out of a glass bottle kept warm in a sock. It’s a memory to pass on to those who will never eat a guggy egg boiled in a kettle on an open fire,” she said.

Doreen has also included some traditional recipes like potato cakes and rabbit stew in the book.

“As the ban on turf cutting tightens, and oil and gas take over our homes, a way of life will be forgotten forever,” she said.