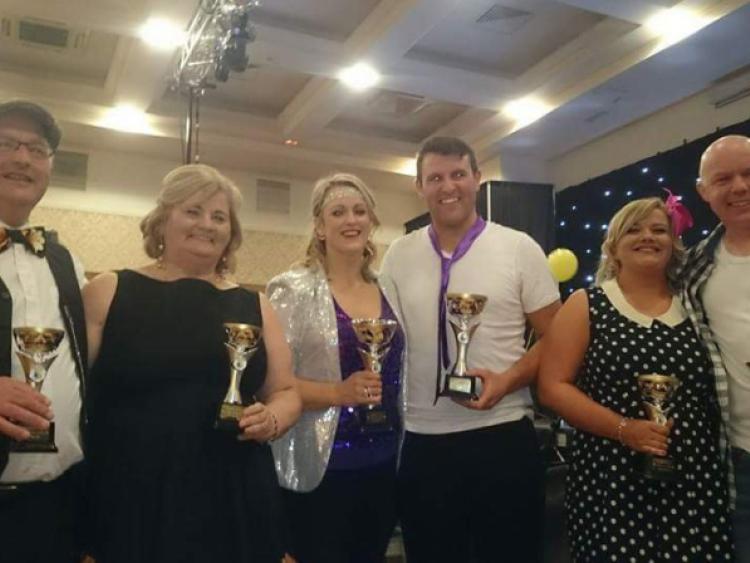 Club Chairman Richard Kennedy thanked all the dancers for their hard work, training, rehearsals, planning and coordination since January and commended them for pulling together as a team to make the event a great success. Richard also thanked Nicola and her team of dance teachers in pulling together the show and Cecil Carter and his background team in coordinating and producing the event.

He also thanked local sponsors and supporters and asked those in attendance to support local businesses.

Almost 700 people turned up to see the 12 couples performing various different dances. From the get go, the crowd was really up for a great night’s entertainment with each dance being greeted by cheers and rapturous applause that added hugely to the excitement. Half time brought a different type of entertainment when some of the club’s hurlers did the ‘Full Monty’.

When all of the dances were finished and judges comments had been absorbed, the huge crowd went about the task of voting for their winners. All 12 acts joined MC Frank Forde on stage as he read out the results of the voting and the winners were Tim Bonham and Cynthia Hanley. Tim and Cynthia received a standing ovation when they did a Hip Hop dance to Uptown Funk. Bob Cole and Mary Kirwan took second place and Ned and Liza Moore took third place.

In the last few years Abbeyleix GAA has worked hard to put in place the facilities and structures necessary in order to give the young players the best possible start in the game. Strictly Come Dancing was a major fundraiser for the club and all monies raised will go towards the development of the club’s facilities in Fr Breen Park together with the development and running of the Juvenile Club.