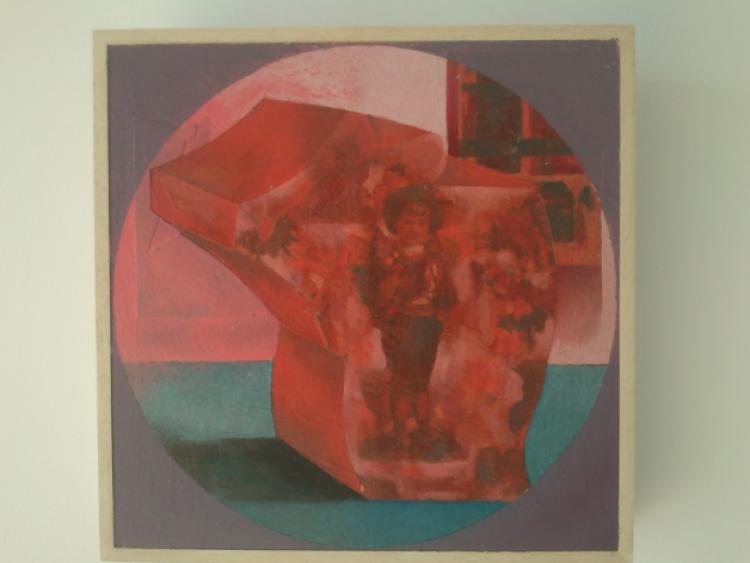 GAIA Projects and Mountmellick Library are currently presenting an exhibition called ‘More Than This’, which comprises of new contemporary art from Irish and Portuguese artists.

GAIA Projects and Mountmellick Library are currently presenting an exhibition called ‘More Than This’, which comprises of new contemporary art from Irish and Portuguese artists.

After it’s successful run in the Cork Vision Centre, part two of More Than This again brings together new ideas and new visions of what is happening in European art.

“Fidelity” as an ideal way of working, runs through all of the works exhibited, and the artists were chosen for their personal commitment to a particular medium of idea.

Robert Hughes writing in “The Culture of Complaint” described the difficulties of making art in America in the 80’s thus:

“The cultural feeding frenzy was hard on artists who develop slowly, on those who value a certain classical reticence and a precise accountancy of feeling over mere expressiveness or contestation. It also presented difficulties for those who believe that art based on the internal traditions of painting and sculpture may achieve values which simply aren’t accessible to art based on mass media”

For different reasons and in a very strained Europe, artists still find it difficult to create and to let that work happen slowly. The exhibition is open to all and will run in Mountmellick Library until July 24.