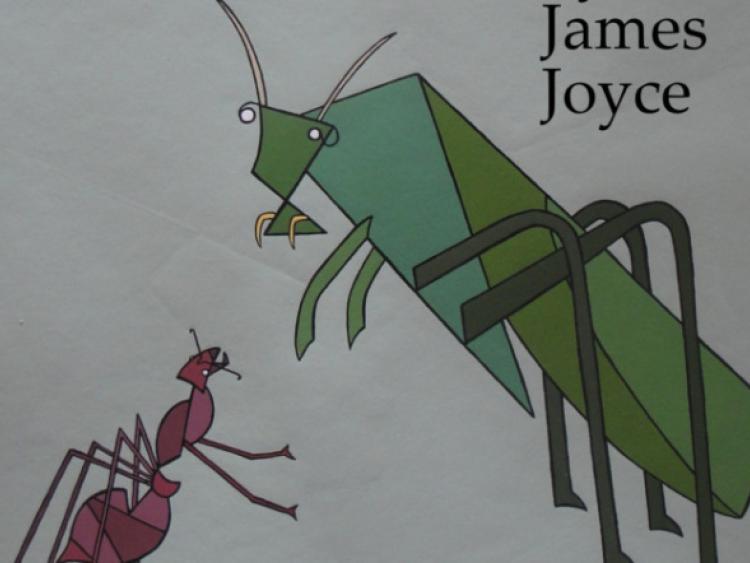 A Portlaoise artist has launched a crowd funding campaign to realise an ambitious new project focused on the works of James Joyce.

A Portlaoise artist has launched a crowd funding campaign to realise an ambitious new project focused on the works of James Joyce.

Tom McNally, who hails from Portlaoise but now lives in Dublin, is planning to publish a book of high-quality colour illustrations inspired by ‘Finnegan’s Wake’.

McNally has produced the illustrations over the past three years and each illustration is painted in a unique style, which blends vivid colours with deep black ink outlines, bringing the characters of the story into relief. According to the artist, the process of creating the images was long and painstaking, but the result is a unique visual re-imagining of one of Joyce’s most intriguing tales.

The Lilliput Press has now committed to publishing McNally’s paintings in a high-spec, full-colour book. Entitled ‘The Ondt and the Gracehoper’, the book will feature his illustrations alongside text from ‘Finnegan’s Wake’, focusing specifically on Joyce’s re-telling of Aesop’s ancient fable, ‘The Ant and the Grasshopper’.

The illustrations developed by McNally depict the hilarious events that unfold around the rivalry between the two protagonists: the power-hungry and authoritarian Ondt and the whimsical and lazy Gracehoper. Above all, the images highlight Joyce’s use of comedic and farcical elements in telling his story.

The book will be designed with Joyce’s text running continuously on the left-hand pages and the illustrations running concurrently on the right. The images will thus illuminate the text and provide a guide for the reader.

In order to see his images in print, McNally now needs to source €5,000 to meet the book production costs. This week, the young artist launched a crowd-funding campaign on the popular FundIt.ie site. The campaign will run throughout February and, if successful, ‘The Ondt and the Gracehoper’ will be published in time for the 110th anniversary of Bloomsday in June of this year.

Rewards for those who support the crowd-funding campaign will include original artworks by McNally, as well as signed copies of the book.

Although McNally has had no formal artistic training, his work has previously been exhibited in the Oisín Gallery and Trinity College Dublin, and published in the College Green Arts and Literary Journal.

“Alongside philosophy, I have always had a huge interest in visual art and literature. In the last few years, I have brought my passion for each of these areas together in the field of illustration.

“My academic career in philosophy has complemented my development as an artist and prepared me for being an illustrator, which involves capturing ideas and emotions in a purely visual language. My fascination with Joyce, and my desire to understand ‘Finnegan’s Wake’ in particular, have led me to combine my artistic and analytical skills in illustrating a part of that great work.

“I believe Joyce’s writings and humour can be appreciated by a much wider audience, and an ideal way of achieving this is opening his work up to readers through illustrations that are closely connected with it,” McNally added.

Further information can be found at www.thomasmcnallyartist.com.