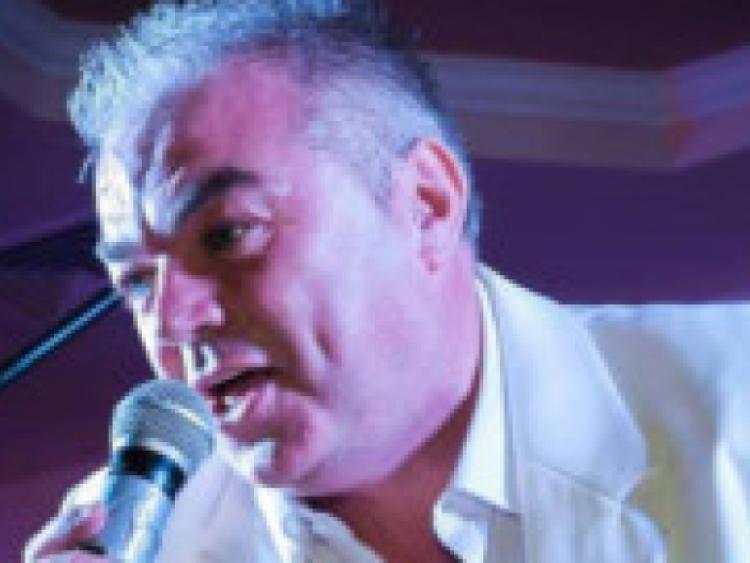 Saviour of ‘60s showband nostalgia, Tom ‘The White Knight’ Cooper will be exploding onto the stage of the Dunamaise on February 21 in a rollicking performance of ballroom rock worthy of Joe Dolan himself.

Saviour of ‘60s showband nostalgia, Tom ‘The White Knight’ Cooper will be exploding onto the stage of the Dunamaise on February 21 in a rollicking performance of ballroom rock worthy of Joe Dolan himself.

Tom is coming fresh from a sellout show at the Clanard Court Hotel recently which recalled the golden era of the showbands at Dreamland Ballroom in the ‘60s, where eager queues formed almost two hours ahead of show time as they knew ‘The White Knight’ was going to be worth waiting for.

Originally from Portarlington but now residing in Athy, Tom is making a name for himself on the Irish music scene with his full-blooded performance of some of the late Joe Dolan’s greatest hits.

When Tom made his entrance onto the stage dressed in a pristine white suit, a buzz of excitement swelled and phones were held aloft as women got ready to scream.

Inhibitions were cast to the wind, women of all ages shrieked and screamed, and even the men got in on the act. Younger punters definitely got Tom Cooper, realising how thrilling his performance was on a cold January night.

Joe performed all the classics, the songs of Joe Dolan and more, backed by a seven piece band which complemented his extraordinary voice to perfection.

“When he sang the songs of Joe Dolan, he WAS Joe Dolan!” enthused one breathless fan.

“All I could compare it to was Sylvester Stallone striding up to the ring in ‘Rocky’. This was more exciting, this was happening right in front of us and he was one of our own,” said another.

For those who missed out on the night, The Tom Cooper Show will be performing in The Portlaoise Heritage Hotel on Friday, February 21. He will then be playing in the Set Theatre in Langton’s, Kilkenny on Thursday, February 27.