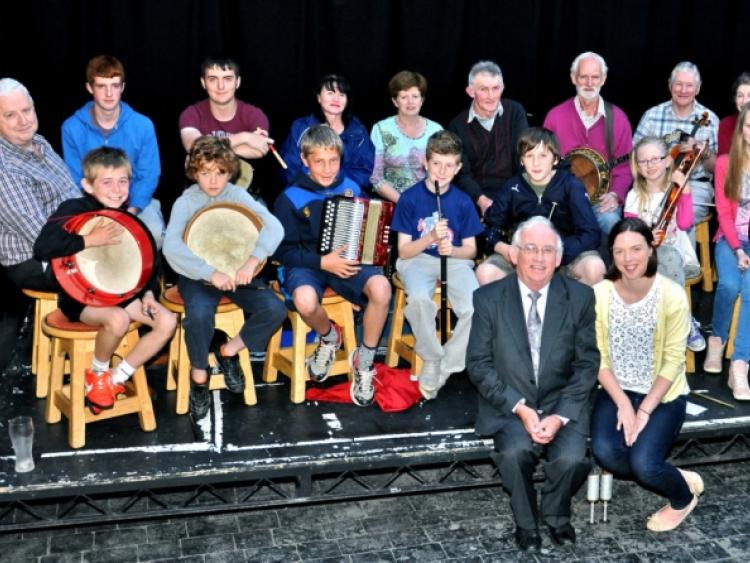 Seisiún has returned to Laois with an expanded programme for this.

Seisiún has returned to Laois with an expanded programme for this.

Trad fans will be spoiled for choice with Heritage House Abbeyleix on Wednesdays at 8pm, Kavanagh’s, Portlaoise on Thursdays at 8.30pm and Bergin’s Camross Inn on Fridays at 9.30pm.

The expansion to three seperate venues is evidence of the strength of traditional music, song and dance in Laois where seven branches of Comhaltas Ceoltoirí na hÉireann provide tuition for young and old.

CCÉ Portlaoise is one of the newest branches in the country and the development of a strong adult group has been the backbone of it’s rapid growth which saw a local Seisiún in the town for the first time last year. Spink branch hosted the County Fleadh recently and the event has enthused the performers in the Abbeyleix area to come together for Seisiún. Heritage House provides a uniquely sympathetic setting. Camross Comhaltas is probably one of the strongest branches in Ireland and their

Seisiún has been running for decades. In previous years it was held in Abbeyleix, Portlaoise and Durrow but recently has become resident at the Camross Inn.

All are welcome to come along to any of the venues throughout the summer.